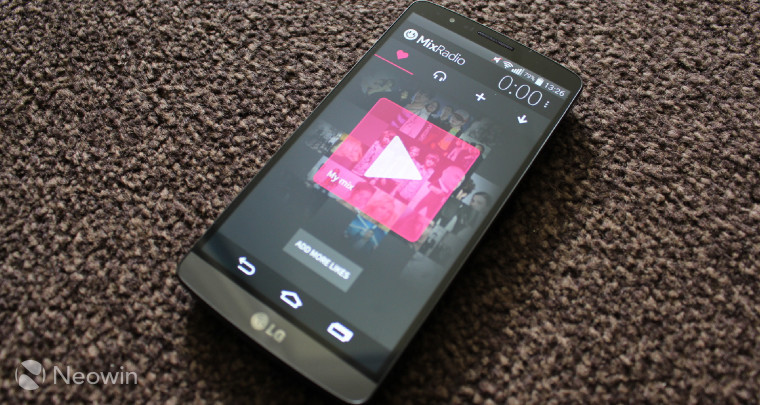 It's been almost a month since the shocking announcement that MixRadio would be closing its doors. The owner of MixRadio, LINE, said that it would shut down in a few weeks.

Well, now, it's the end of the line, and the firm is offering one last mix before it rides off into the musical sunset. 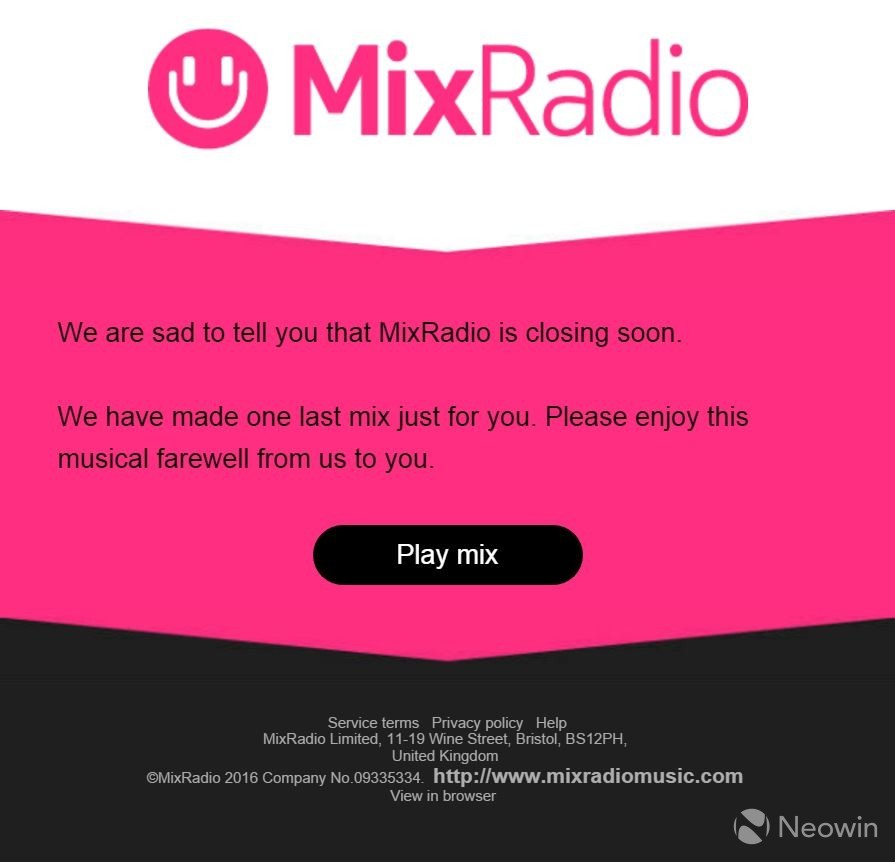 MixRadio has had a bumpy ride along the way. Originally called Nokia Music (which had a "mix radio" selection), Nokia then branded it as MixRadio. When Nokia's devices and services division was purchased by Microsoft, MixRadio went with it.

MixRadio ended up being purchased by LINE. Still a Windows Phone only application at the time, the service launched on iOS and Android last Summer. It was reportedly the only free streaming service that allowed users to take music offline.

Then the news came in mid-February that MixRadio would be shutting down in a few weeks. Fans, particularly old-school Nokia fans, were crushed.

@deano_42 Never thought losing an app could make me feel sad. Absolutely loved the work you guys did on #MixRadio :^)

Some of the mobile apps still seem to be working, particularly the iOS and Windows Phone apps. The Android app shows a message that says that MixRadio is closing, along with a button that says "Cue the music" to offer that one last mix.

From the Editors: MixRadio will surely be missed by many. At Neowin, we have grown to know many of the MixRadio employees over the years, and we wish them all the best in the future.