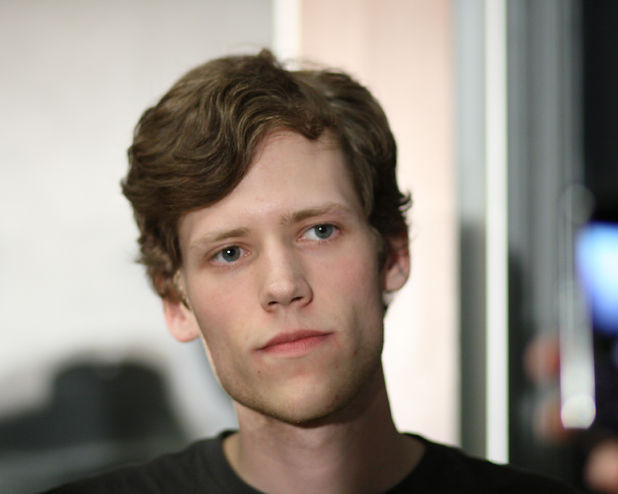 It’s time for a quick bit of education. The word moot comes from the Old English language (Anglo-Saxon), meaning meeting. Now we’ve got that out of the way, a row is brewing between 4Chan founder Chris 'Moot' Poole and US start-up Moot.it, all over the use of the name Moot.

Poole has kicked off the row, stating he’s been using the online alias Moot since 2003. Poole’s lawyer has said the Moot alias has become part of his “protectable right of publicity” and has sent a legal letter to Moot.it saying its use of the name will cause confusion. 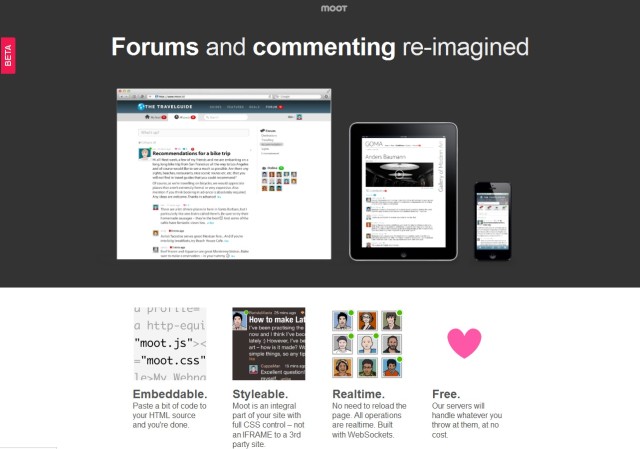 The letter goes on to say that confusion was “unavoidable” as there was a “strong association” among many internet users with Moot aka Poole, and discussions on 4Chan. The letter “respectfully suggests” that the company pick another name that can’t be confused with Poole’s online identity.  If Moot.it carry on using the name and begin using it as a trademark, Poole would investigate “all options” available to him.

Lawyers acting on behalf of Moot.it have said that it is refusing to give up the right to use the name, with further letters received from Poole and his legal team met with a lawsuit for malicious prosecution. 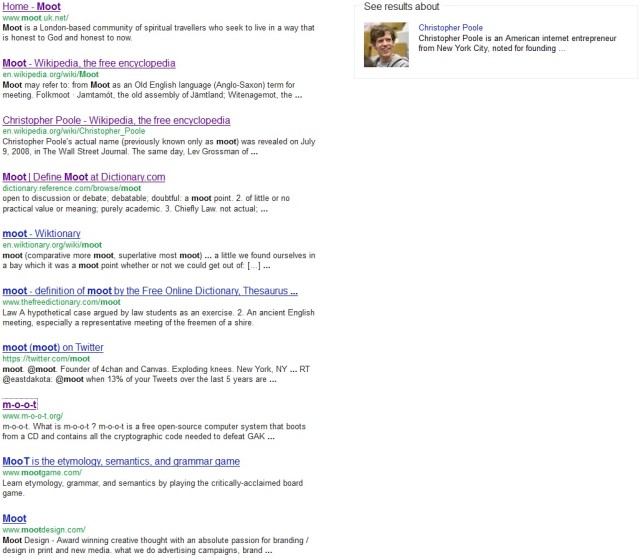 More than one Moot. An example of searching for Moot in Google

Doing a quick search on Google throws up other businesses and organisations that use the word moot in their name (or as their name), along with the dictionary and definition sites telling you what the meaning of the word is. You can even see the Wikipedia link where we found the origins of the word moot.

Moot.it chose the name as it plans to setup discussion forums for businesses and online communities, hence the Anglo-Saxon titbit!