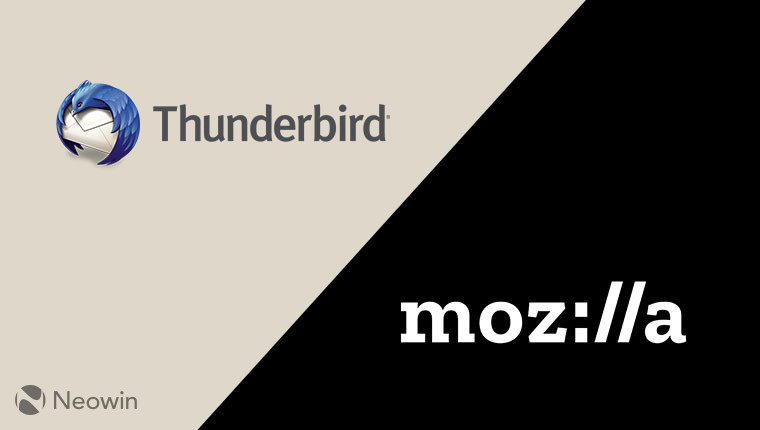 Mozilla's Thunderbird is not as well known of a project as the Firefox browser, so much so that the organization decided to separate the development of the two a few years back, and then moved Thunderbird to a new home in 2017. Nonetheless, the e-mail client still gets major annual updates, such as Thunderbird 60 released in 2018, which introduced a new icon, support for light and dark themes, and much more.

It looks like 2019 might be a bigger year for the application, though, as Mozilla published a blog post detailing some of its plans for development this year, which will be aided by new hires joining the team. With plans to have up to 14 full-time workers on board, the Thunderbird team hopes to accomplish a lot this year, starting with performance.

The team will be looking into what causes the UI to slow down and working on solutions to those problems. Additionally, Thunderbird will start leveraging newer and faster technologies, and parts of the application will be rewritten. Support for multi-process, which was also added to Firefox last year, is being worked on as well.

Beyond performance, Mozilla is working to make Thunderbird prettier and more usable. This includes better support for features specific to Gmail accounts, such as labels. Support for native notifications in each operating system is also in the works. Parts of the UI, specifically around encryption and settings, will also be overhauled in 2019, but they might not make it to the next release of Thunderbird.

Other than that, there's a host of other improvements being made, such as bringing some of the most popular add-ons into the core functionality of the client, a renewed focus on privacy and security, and much more. You can find a detailed technical list of the work the team is planning in this e-mail.