The browser wars are rumbling on – there’s no end in sight, countless pretenders to the throne and no clear winner. Well, unless you’re Internet Explorer.

With the browser wars, it’s all about personal preference, but there are three big ones who currently fight it out. They are Internet Explorer, Chrome and Firefox. At one time, Firefox was the browser that looked to take the crown from Internet Explorer, but then Chrome came along and stormed to a close second.

So Mozilla and the Firefox team has released an infographic, reminding users exactly why they are one of the big three in the browser space. We’ll let the graphic speak for itself, but with stats like “3 billion+ add-ons downloaded” and “Introduced the modern Web to 15,000,000 phones (ARMv6),” Mozilla is staying as competitive as ever in the volatile browser space. 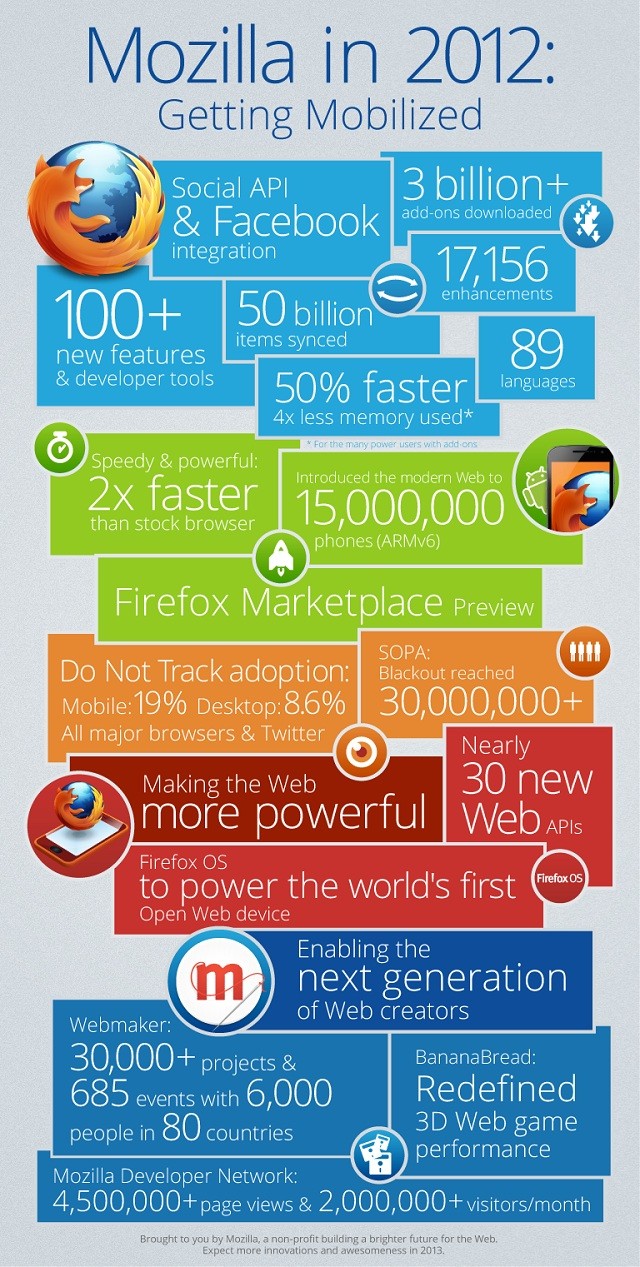 Mozilla’s recent blog post goes through how in 2012, “on desktop, we [Firefox Engineering Team] found our mojo again” and “on Android, we listened to our users.” They also touch upon the “excitement” around Firefox OS and confirm that they need to keep evolving Firefox to be “what a browser can be.” 2013 is going to be an eventful year for the red fox!