Kickstarter has been on fire lately with a number of industry veterans launching campaigns on the site to help fund upcoming game projects. Now one Kickstarter fund raising campaign has been cancelled after its organizers have been accused of launching a scheme to defraud unsuspecting gamers.

The Kickstarter page shows that a Los Angeles-based company called Little Monsters Productions tried to raise $80,000 to fund a PC-Mac fantasy RPG called Mythic: The Story of Gods and Men. The page claims that the team is made up largely of former Blizzard team members. None of them are actually named on the page. 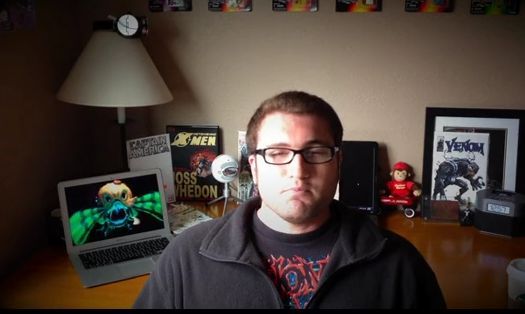 In the Kickstarter video presentation, a team member speaks to the camera who identifies himself as Seth Westphal. However, we have been unable to find any professional game credits with his name.

Within a few days of the Kickstarter page going live, some of its commentators have discovered that much of the concept artwork for Mythic has been lifted from other sources on the Internet. A post on the comments page from an unnamed member of Little Monsters claimed, "The game itself is well in progress and is NOT a scam of any kind. Thank you for understanding. "

However, since then the Kickstarter campaign has been cancelled and the game's official web site has also been shut down. It's clear that this group did little to be transparent in their efforts and now they have been outed as a potential scam.

Update - A story on GameStop reveals that Westphal was in fact fired from a company called Burton Design Group. Some of the images on the Kickstarter page were taken from the company and its CEO Alfonzo Burton says, " ... we are highly disappointed in Mr. Westphal and his deceptive practices and lack of judgement in an attempt to try and fraud gamers."