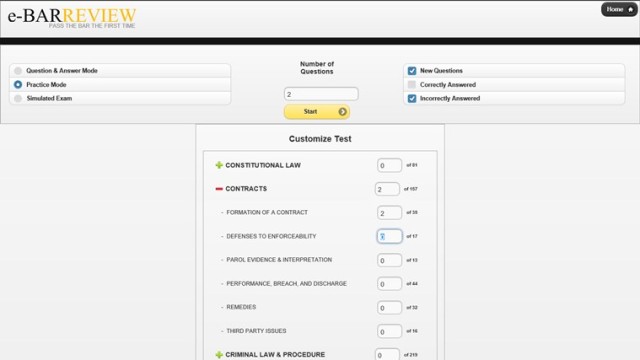 Several months ago, before the official launch of Windows 8, a company called Pariscribe released a Windows 8 app called EMR Surface. The app, designed for medical offices to use for the organization of patient data, costs $499.99 and is still the most expensive app in the Windows Store.

Most Windows 8 apps are free, and those that do cost money rarely are priced above a few bucks. Today, the Windows Store published what we believe to be the second most expensive Windows 8 app ever released. It's called the MBE Review and it will set you back $299.99.

The creators of the MBE Review app, a company called E-MBE, have designed it as a way for people to train in order to pass the Multistate Bar Examination. Yes, that means this app is supposed to be a way to train to pass the bar exam and become a practicing attorney.

The app contains over 1,000 questions and offers up several different modes, including a simulated MBE that is made to be timed and scored like the real thing. You can also access the Practice Exam mode where you can select which questions you want to pick, or the Question/Answer mode where you get the answers following each question.

So, is this app worth spending $299.99 on it? If you want to be a lawyer, it might be worth it but we suspect this app will have a very small audience.