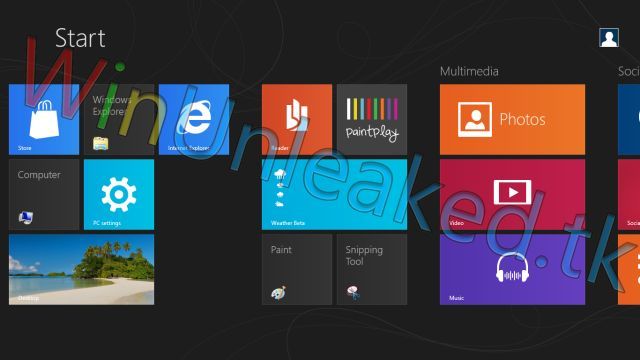 Windows 8 may not be officially in beta yet, but a new story over at Winunleaked.tk claims that Microsoft is getting close to completing the beta build of their next operating system. The story claims that "Microsoft will sign-off the Beta build this month." If true that either means that the rest of the world will have to wait two whole months before the beta is released to the public in late February 2012 or that perhaps we may get a chance to try out the beta version ahead of time.

In any case, the latest Windows 8 screenshots from Winunleaked.tk supposedly show what's happening in the latest build of the OS, which the story claims was released to testers on Thursday. The Start Screen, shown above, has a new background along with some of the apps available from the Windows Store like Photos, Music, and more. 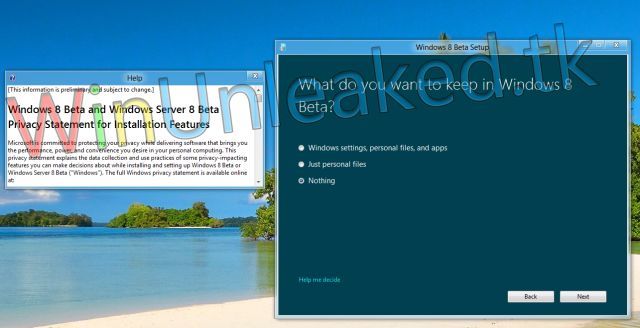 Yet another screenshot shows the Install menu for the Windows 8 Beta build along with the privacy statement for installing the OS.

Finally there's a menu selection of new desktop wallpaper screens in yet another Windows 8 screenshot that shows a decidedly non-Metro interface.