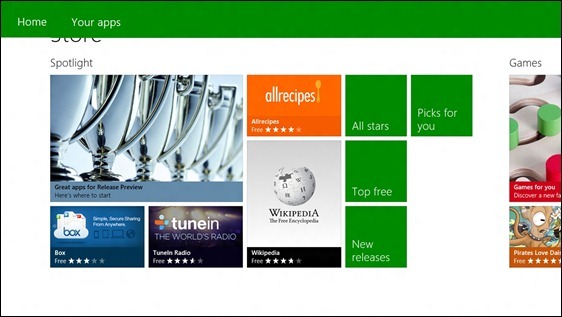 One change is the addition of a nav bav at the top of the Windows Store. This new addition lets users access the Home link as well as a link to a list of their Windows 8 Metro apps. There's also a new nav bar placed at the bottom of the screen when users download an app. The bar has buttons for pausing or cancelling an app download. There's also a new Share contract which lets users share information about apps to friends from inside any Windows 8 app. 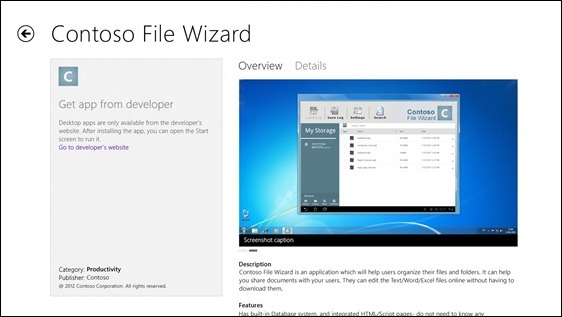 Microsoft has also made some changes to the requirements for app developers who want to submit apps to the Windows Store. One big changes is that all Metro apps that are submitted to the Store must fully support touch input and fully support keyboard and mouse input.