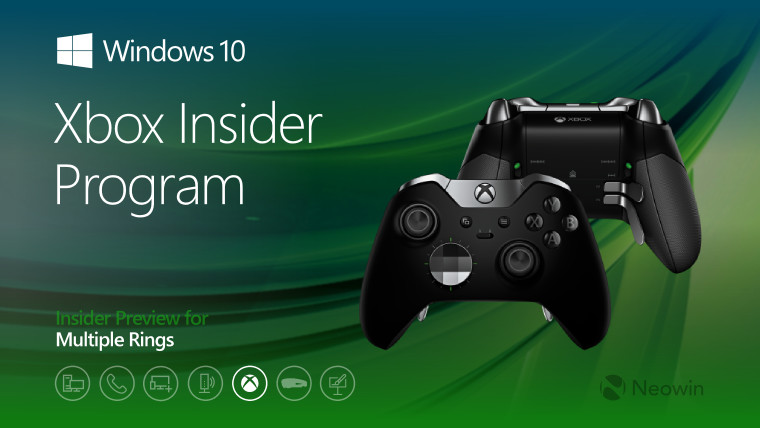 Microsoft today released Windows 10 Insider Preview build 17127 to the fast ring. However, it looks like Xbox too is receiving some build love, as the company announced that it will be rolling out a new system update (build 1804.180316-1900) for users in the Beta and Delta rings, starting at 6 p.m. PDT today. This update will be the second Redstone 4 build to be hitting the Delta ring.

Today’s build brings the ability to monitor game downloads directly from the Guide. This feature was previously an experimental feature, which is now available for all the users to test.

As with every build release, there is a list of fixes and known issues.

Pi-hole users may encounter issues signing in, creating, or recovering accounts upon downloading the 1804 update. This is due to a new configuration file which is downloaded from a URL Pi-hole blocks by default.

Netflix on Monitor only works at 1080p and does not support 1440p – Netflix is aware of the issue. Workaround : If watching Netflix on a Monitor/LCD please set the display output to 1080p.

We are investigating an issue in which some users are experiencing the console shutdown after you turn it on. Workaround – Simply turn the console back on.

Chinese virtual keyboard not working in this build. Workaround plus in a USB keyboard.

Some users are discovering that some games are not showing in HDR – Please file feedback when you encounter this to help in the investigation and please provide the make and model of your TV and the firmware version.

Some users are discovering that the search function in Spotify is not working. Please file feedback when you encounter this to help in the investigation.

Workaround – Type in a search hit enter and nothing happens. Click the left stick twice and it searches properly.

Some users may experience a problem with a controller vibrating non-stop when using the share controller or the co-pilot feature.

Audio lag in various games and apps being tracked

There is an issue with broadcasting UWP Games. If you start a game then proceed to load Mixer and the broadcast fails we are tracking this issue. Workaround – Start Mixer to broadcast then start the game and you can broadcast while the game is running.

Resuming a 4K HDR game after watching captured 4K screenshots and gamedvr clips will result in the game never starting again or result in crashes.

My Games and Apps – Some Games missing from your collection

We are investigating an issue in which some games and apps are missing from your collection. You may see the tabs in your My Games and Apps show a spinning circle/no titles/and or some titles missing in your (1) Game Pass collection and (2) EA Access collection. You still own the titles they are simply not displaying in My Games and Apps
Workaround – Simply find the missing title in the Store and play from the Store display page or launch the EA Access app for other titles missing.

With every new build release, we are inching closer to the spring update for Xbox One. As always, we recommend that you go through all the known issues before you go ahead and install the build.