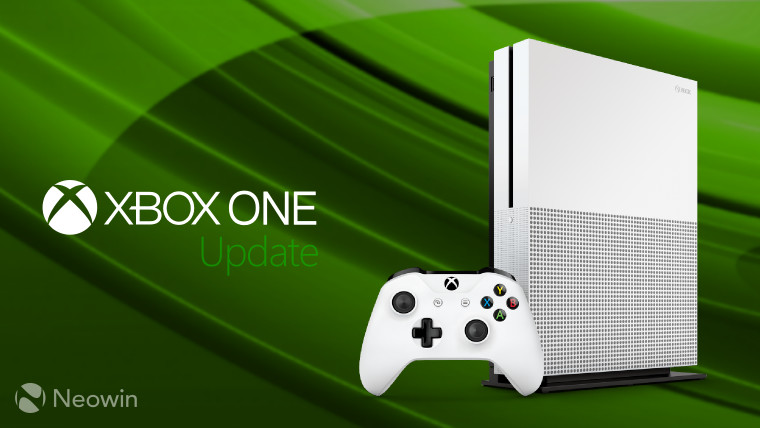 Microsoft has been testing its latest update for the Xbox One and Xbox One S for several weeks now, but the long wait for its release is about to end. Microsoft said that the new update is expected to roll out later today, bringing a bunch of new features to its consoles.

Among the new additions is a highly-requested feature among the Xbox community: custom Gamerpics. "Starting this month," Microsoft said, "you’ll be able to upload an image from your console, Windows 10 PC, or mobile phone for your Gamerpic, or to customize your club’s profile pic or background. It’ll be available for everyone to see, so keep it clean – stick to the Xbox Live Code of Conduct."

It's also introducing Mixer co-streaming on its Xbox One consoles, as Microsoft's Larry Hryb (better known as Major Nelson) explained:

With co-streaming, you and up to three of your friends can broadcast together to create a shared, multi-view experience on Mixer. With co-streaming now on the console, you can invite others to co-stream and join a co-stream – entirely from your Xbox One. To invite another user to a co-stream, simply select ‘Invite to co-stream’ from their profile, or choose to invite your entire party to a co-stream. To accept, simply hold the Xbox button when you see the invite notification. At this point, if you’re not already broadcasting, simply pull up the broadcasting tab in the Guide while playing a game and select ‘Co-stream your game’ to start.

Speaking of streaming, it’s now easier to discover live broadcasts from Club members. From your Club home page, you will now see a ‘Mixer’ tab. Navigate there to get a list of any Club members actively broadcasting on Mixer.

Microsoft has added new user-generated tournaments for Killer Instinct, and enabled gamers to easily create their own tournaments on their consoles. It also said that it's "making it easier to see who is competing - and winning - in Arena."

Additionally, Xbox One gamers can now link a specific controller to their Xbox profiles "for easy, automatic sign-in".

Finally, Microsoft is improving its Xbox mobile apps on iOS and Android, including greater prominence for Looking-for-Group requests. Subscribers to the new $9.99-a-month Xbox Game Pass will be able to use their phones to browse the games currently available as part of the subscription, and can even install them to their console directly from the mobile app.

The Xbox App on Android is also getting a 'bonus feature', with the addition of Chat Bubbles. The new feature - which sounds similar to Facebook's Chat Heads - allows you to play mobile games and use apps while continuing to see notifications from active conversations and club chats as they come in.