NFC has long been heralded as the holy grail for mobile. Paying with your phone is something that seems so futuristic and rightly so. The idea of getting rid of your wallet and just carrying a phone is tantalizing indeed, but most movements to kill the wallet have gone nowhere.

Google Wallet has been around for a while now, but it's yet to see much traction around the world, let alone in the USA. There's a few places you can pay, a few compatible handsets and a few different credit card companies that support it, but you have to really want it to actually bother getting it.

That's where a New Zealand company is trying to change the world. In July 2008, Snapper launched a contactless payment card that allows commuters to "tag on" to their bus and pay almost magically. You just tap your card. There's a few of these payment systems around the world such as the Octopus cards in Hong Kong and Oyster cards in London. Snapper specifically allows you to tag onto the bus or train, pay for a taxi and pay for small goods (like food at a corner store).

They've built a rich infrastructure that complements the existing credit card and debit card network. It's a great solution, and was impressive for the time, but Snapper have taken that one step further and are now allowing commuters to catch the bus and buy food/other small items with a tap of their phone. It's compatible with a wide range of devices, from the LG Optimus Net (a low-end Android phone) to the Samsung Galaxy SIII. All you need is a compatible SIM.

We sat down with Snapper CEO, Miki Szikszai, and talked about the road to NFC for the company, and it was pretty obvious from the beginning how difficult it actually is to build a payment platform on top of NFC in the mobile space right now. Miki told us that the company had to make a series of decisions that lead to compatibility with a large amount of handsets or risk being ringfenced by a single NFC technology.

A quick search online reveals how messy NFC standards already are. There are a number of different of implementations already in handsets and you might be surprised to learn that just because your phone supports "NFC" it doesn't actually support paying for things.

Snapper's mobile payment platform requires a specific set of hardware support to work. First off, the user must have a compatible SIM card from a carrier. In New Zealand, these are called "touch2pay" SIM cards, which are modified SIM cards that allow a secure applet to be loaded onto them. Then, the NFC component itself must be present. After that, the Single Wire Protocol (which is still to be finalized by ETSI) allows the applet on the SIM card to communicate with the NFC chipset when payment or topup is requested. Finally, the Open SIM alliance API (Google is yet to support this with Wallet) allows the actual user facing Android application to communicate with the secure component on the SIM card.

It might sound overly complex, but Snapper built their mobile payment solution with security in mind. They didn't want rogue Android malware to be able to exploit their application, so made sure that the only thing that can communicate with the secure SIM is their official application. The problem is, though, a lot of handset manufacturers don't support the official standards still.

An example of this is the HTC One X. It ships with NFC onboard, and even support some standards, but unfortunately HTC chose not to implement both the Single Wire Protocol and the Open SIM alliance. This means that the device will never be able to use Snapper for mobile payments, and likely won't see any adoption on other solutions too. It's a similar story with many handsets in the market, but one that Snapper hopes to see improving soon when everyone finally joins forces. In the mean time, Snapper thought of this situation, and allows phones that don't have the right parts but do have NFC to download their application and top up the actual stored value cards by holding them to the back of the phone. 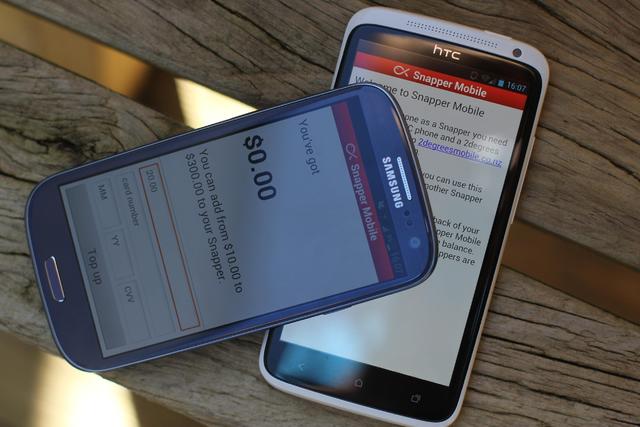 The iPhone 5 was widely rumored to have NFC, and many -- including Snapper -- had hoped it would, since the adoption of the device would be so huge it could make a huge impact in adoption of the technology around the world. Obviously, it didn't, but Miki told us that they've been pleasantly surprised with how many people have actually jumped on the bandwagon already despite Apple not being behind it. He says adoption is tracking far ahead of what they expected, and that many have been going out of their way to switch to a supported network and phone just to be able to have the convenience of one less card in their wallet.

Even more so, Snapper has been impressed with how it's changed their users' actual total spend since adoption. They're seeing their mobile users spending 50% extra then they usually would, on goods that other users don't even usually buy. It's a win-win situation for them, and they're planning on expansion into even further areas. Miki labels NFC as a "cash killer" and said that people don't want to buy big items with NFC, it's too scary and insecure since there's no PIN and it's easy access to the users' money, but they're happy to use it to buy small things.

Their ability to pay for busses with a phone is a world first, and since the infrastructure and since there are already 375,000 Snapper cards already in circulation, it's an obvious next step for the company. They don't need to build the infrastructure since it's already there, and the company is piggybacking on Visa/Mastercard's plans to roll out NFC terminals to all stores nationwide so that soon enough, you'll be able to buy anything with your phone.

The fear of having credit cards attached directly to the phone is the big reason NFC hasn't been widely adopted yet, too. Users are scared of people in the street who could bump into them with a mobile terminal and steal money directly without them even knowing, and Miki vouches for how easy that really is. He says that it's a "trivial" task to capture user information from phones, and that the threat will become all too real if Google Wallet ever reaches critical mass. Snapper gets around this by being a stored value service, only storing what the users chooses to top up the card with.

Miki says he sees the technology as replacing cash at Coke dispensing machines, parking meters and even on arcade machines and they're working as fast as they can to revolutionize that space. It'll be the end of loose change, as far as they're concerned, and it makes sense for consumers. They're moving to support every single device they can, and are constantly looking to support new platforms too. The team has even chased Microsoft for Windows Phone 8, since both HTC and Nokia's offerings include both the standards  that are required, but has met refusal from the company to provide the SDK before public availability. 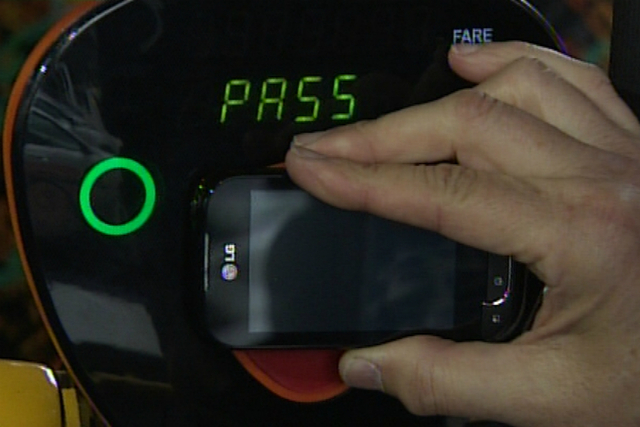 I borrowed a Samsung Galaxy SIII from Snapper for a week to trial actually using NFC in the real world, and it's actually a strange feeling. Holding your phone against a reader on the bus to pay almost feels like something out of Minority Report. You just hold it against it and... it's paid. It's as simple as the card equivalent, and I can see the appeal immediately. As I catch the bus every day, I'll be switching to a compatible handset as soon as I can.

The merits are obvious, and Snapper is keen to bring their technology to as many people as they can. Paying with your phone might feel futuristic, and a little out of reach, but in some parts of the world it's already a reality. We're hopeful that mobile device manufacturers will begin working together on a common set of standards so that it's a more consistent experience and there's no need to worry about what handset you end up buying, but right now the landscape is messy.