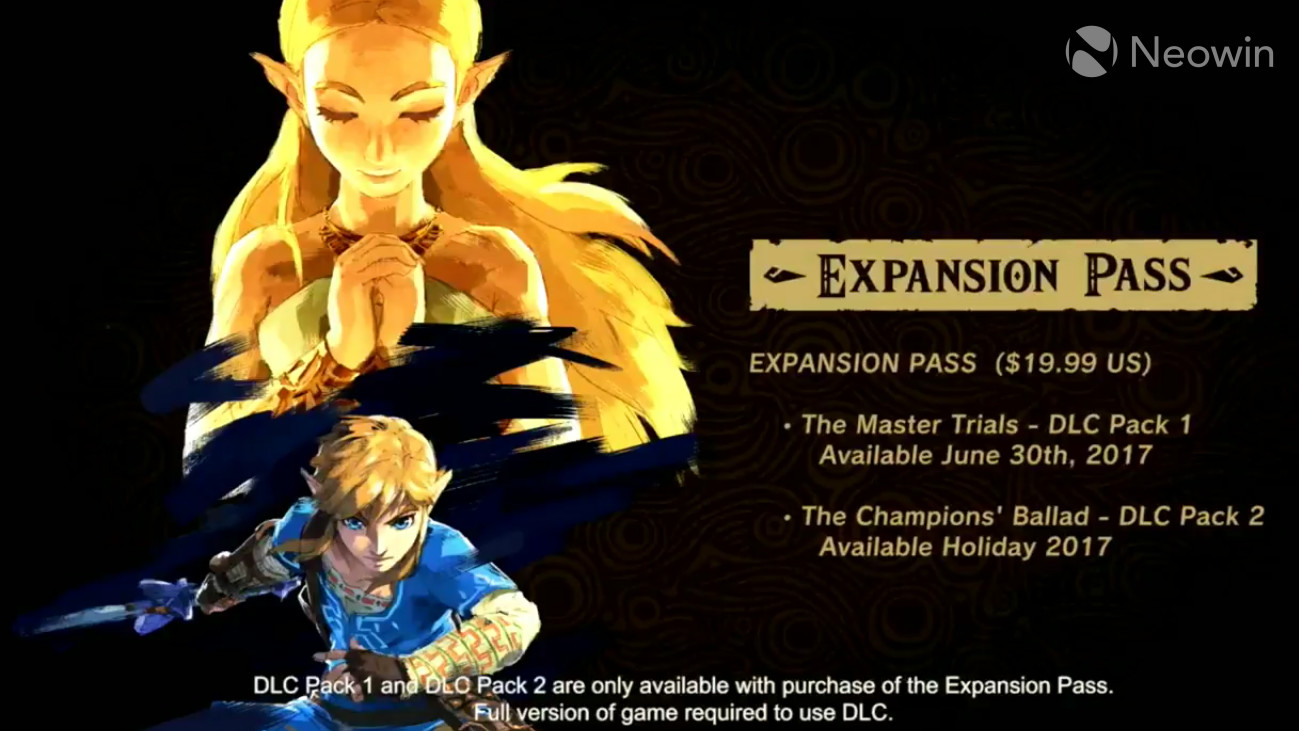 Nintendo is holding today its E3 2017 press conference and has just announced more details about its upcoming Expansion Pass for The Legend of Zelda Breath of the Wild. As previously announced, it will contain two DLC Packs that can be acquired exclusively through the purchase of the Expansion Pass, valued at $19.99. 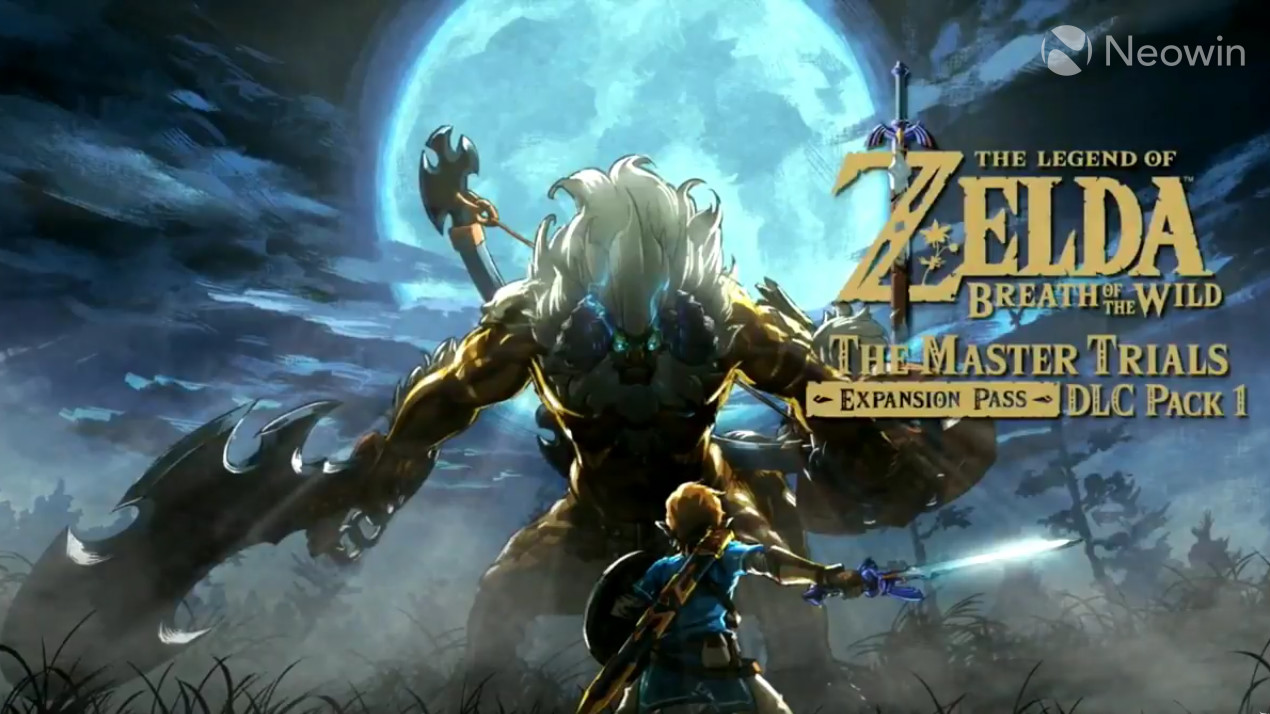 The first DLC Pack, The Master Trials, will be available June 30, 2017. At some point in this expansion, the player will be able to take on the new "Trial of the Sword" campaign, in which Link uses whatever at hand as a weapon, including a tree branch, in order to awake the power of the Master Sword. 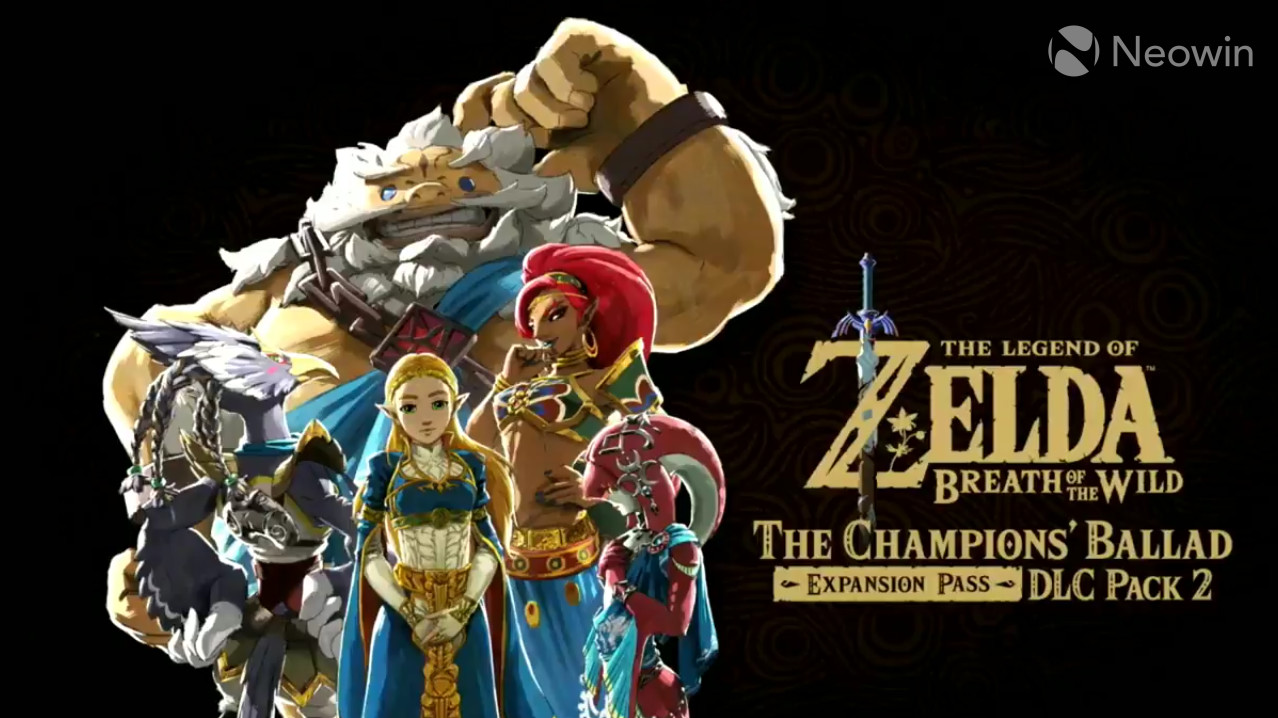 The second DLC, The Champions' Ballad, will be available in the Holliday season of 2017, with no specific release date announced just yet. The expansion announcement features some champions from The Legend of Zelda Breath of the Wild, as can be seen in the image above, but no information was provided regarding the storyline, except for the following verses:

There is an ancient verse passed down
in this region called The Champion's Ballad
Would you like to hear it?

Update: a previous version of this article said the Expansion Pass was announced today, but in fact only more information was provided by Nintendo during its E3 2017 press conference. Also, some information regarding the "Trial of the Sword" campaign and the champions were corrected.