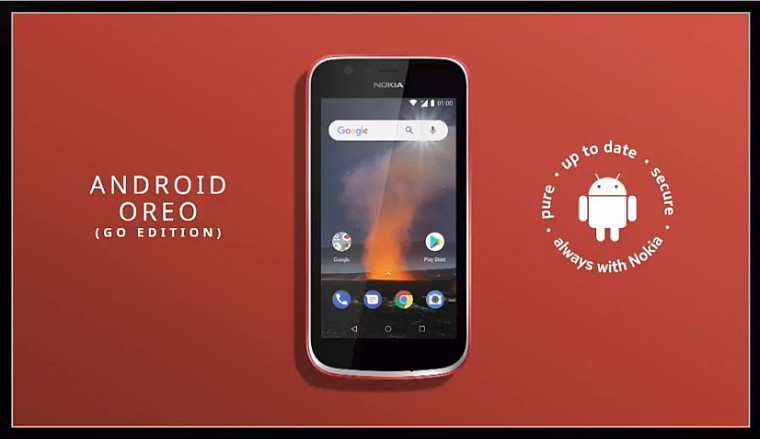 HMD Global has officially taken the wraps off in Nokia 1 Android Go phone.

The phone has been rumored for a couple months, but now we know that the phone will officially be released sometime in early April, selling for $85 in "key markets."

The Nokia 1 can be customized in a variety of colors with Xpress-On covers, although no official details were released on all the colors or cost. The device itself will be offered in red and blue.

As Android Go devices are supposed to be, the device is decidedly low end. Along with a 1.1GHz quad-core MediaTek chipset, it sports 1GB RAM and 8GB of internal storage with micro-SD expansion, something that standard Android Oreo might struggle on. It includes a 4.5-inch 480p display, with a 5MP rear camera that records 480p video.

The Nokia 1 will run the Android Go version of Oreo, which is a slimmed down version of the OS that's built for devices with between 512MB and 1GB of RAM. HMD didn't specify which countries the Nokia 1 is aimed it, but it's likely emerging markets.