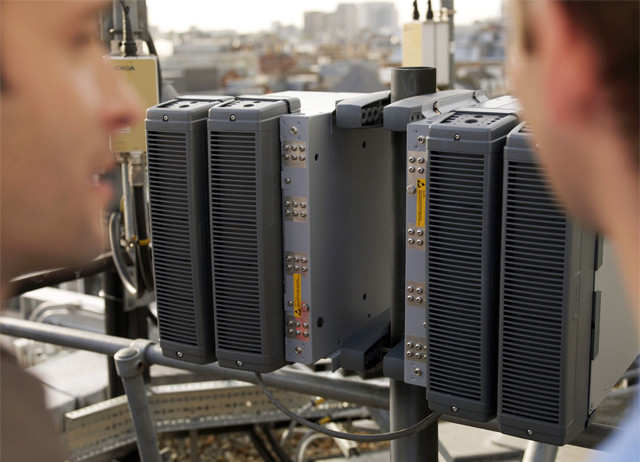 Nokia is best known among consumers for its Windows Phone devices, though a large portion of the company is its telecommunications equipment joint venture with Siemens, Nokia Siemens Networks. That entity won't be a joint venture much longer, however, as Nokia has agreed to purchase Siemens' portion.

The two companies issued a joint press release announcing that Nokia will buy Siemens' entire stake in the joint venture for 1.7 billion euros (about $2.2 billion). Following regulatory and company approval, which is expected to occur before the end of the year, the entity will be folded into Nokia as a subsidiary. In terms of day-to-day operations, little is expected to change as the entity will retain its management team and continue with a previously planned restructuring.

Nokia will pay 1.2 billion euros in cash when the transaction is completed though the use bank financing; when the deal is finalized, the Siemens name will be removed. The remaining amount will be paid in the form of a secured loan one year after the deal is closed. Prior to the deal's announcement, Bloomberg BusinessWeek reported that Siemens had been looking to exit the venture for years so it could focus on its other businesses.

The joint venture was unprofitable for both companies until last year, and it could possibly see improved margins that Nokia has been lacking from its smartphone sales. Nokia sold 5.6 million Lumia devices last quarter, though it still posted a net loss of 150 million euros (about $159 million).

In a statement released by the companies, Nokia CEO Stephen Elop called his company's impending division an "attractive growth opportunity."

"With its clear strategic focus and strong leadership team, Nokia Siemens Networks has structurally improved its operational and financial performance," he said. "Furthermore, Nokia Siemens Networks has established a clear leadership position in LTE, which provides an attractive growth opportunity. Nokia is pleased with these developments and looks forward to continue supporting these efforts to create more shareholder value for the Nokia group."

Last week, Nokia held an unscheduled board meeting regarding "key decisions on the future of the company." It's not known if that meeting was related to the purchase from Siemens or rumors that Microsoft was recently in talks to purchase the company's devices division. Those discussions were said to have been shelved and are unlikely to resume as a price couldn't be agreed upon.