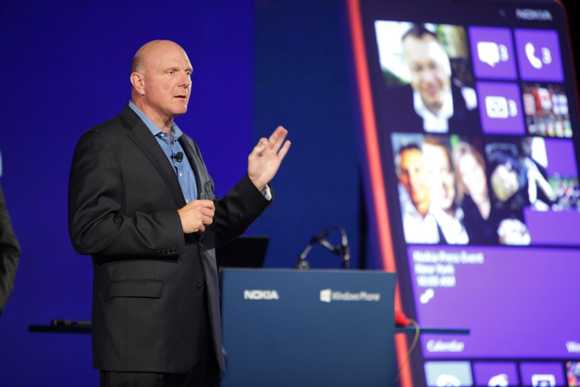 There have been two separate rumor stories this week that claim Microsoft is developing its own smartphone, with an eye to launch the device sometime in 2013. However, in a new interview, the head of Windows Phone partner Nokia tries to put a little cold water on those unconfirmed reports.

In a article at llThingsD.com, Nokia CEO Stephen Elop said of the reports, “I have no indications they are planning to do their own phone. They can do it if they so choose.”

Elop also said that their relationship with Microsoft is complex, adding, "We have tough moments, but we get stuff done." However, Elop also seemed confident in their work relationship with Microsoft, saying"... in terms of the fundamental commitment that we made to each other — in terms of our commitment to Windows Phone, to do our very best work for them, and for them to work closely with us, minute by minute, feature by feature, we’re getting that."

Nokia launched its first Windows Phone device, the Lumia 800, in Europe in the fall of 2011. Elop admits now that the launch didn't focus on specific countries or wireless carriers, as they did with the launch of the Lumia 900 with AT&T in the US.

Elop also talked about the Surface tablet launch from Microsoft, saying, "I understand why they do Surface. They have long said that the beauty and glory is not being well landed on hardware. They are saying here is the bar; everyone has to be at least this good."