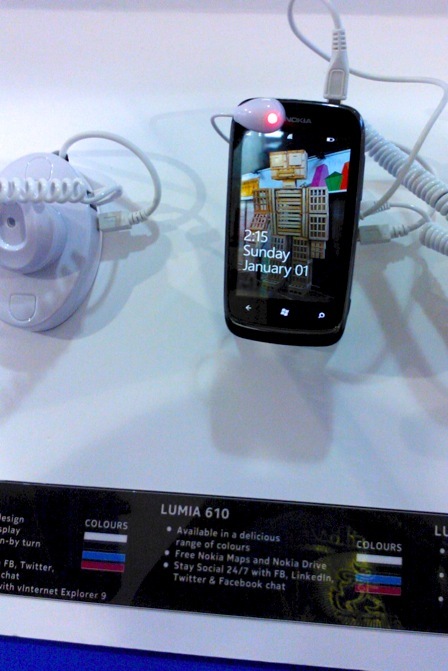 Nokia has officially launched the newest member of its growing Lumia family of Windows Phone-based devices. The Nokia Blog reports that the Lumia 610 went on sale today in the Philippines, specifically at the company's store in Manila.

The Lumia 610 was first announced at the Mobile World Congress in February and is an example of the low-cost phones that are designed around the "Tango" version of Windows Phone, which supports just 256 MB of RAM. That means the smartphone may not be able to run all Windows Phone apps, although Nokia has confirmed that it will run the just released 1.0 version of Skype for Windows Phone. Currently, the Skype app is not supposed to run on phones with less than 512 MB of memory.

The Lumia 610 also has a 3.7 inch LCD display, a 800 MHz single-core Qualcomm processor, a five megapixel rear camera, and 8 GB of storage. The Nokia Blog stated that the phone was being sold unlocked for 11,000 PHP, or about $260.

Other parts of Asia are scheduled to start selling the Lumia 610 over the next few weeks. It should be on sale worldwide by the end of June, although there's no specific date on when the Lumia 610 might find its way to the US.

Image via The Nokia Blog