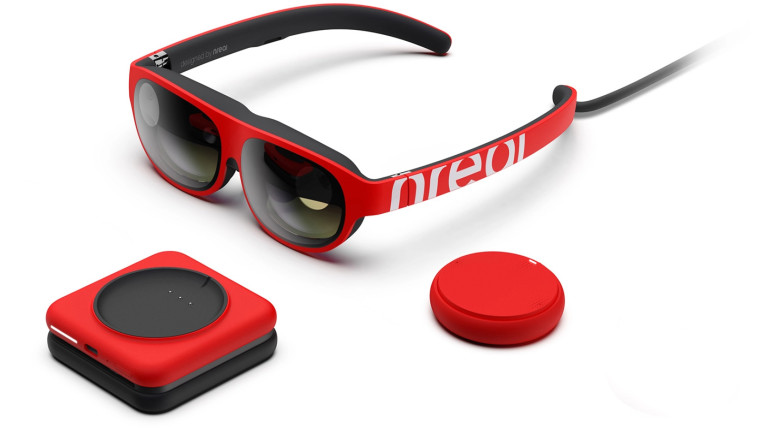 Nreal, founded in 2017, is a China-based company focused on consumer-facing mixed reality (MR) user experiences. Its flagship product, Nreal Light MR glasses, were unveiled at 2019's Consumer Electronics Show (CES) in Las Vegas. It also has a showcase game Nreal Tower. Nreal tweeted that it is planning to launch in the US market later this year

In 7 days, something you've all been waiting for is on its way...

Sign up to stay updated about the big news! 👉🏼 https://t.co/8Pk05qmQCR#NextMillion pic.twitter.com/Mxuqs8mp2Q

Epic, which has lately been in the news more for its court cases than its games, has filed a case last week against Nreal after its tweet regarding plans for a U.S. launch later this year. Epic wants damages and enforcement of its trademark as it claims that Nreal’s name looks and sounds identical to Unreal Engine's branding. Epic claims that all these similarities could confuse customers.

The lawsuit notes that:

Nreal named its glasses after the industry-leading engine for creating immersive and interactive three-dimensional content. Nreal was and is well aware of Epic and its UNREAL marks. Nreal does not just sell glasses, it has already developed and sold a game to be used with those glasses.

Nreal’s use of NREAL, a trademark that looks and sounds virtually identical to Epic’s UNREAL trademark, in connection with products that overlap with Epic’s UNREALbranded products and services is likely to confuse consumers.

Nreal intends to use the NREAL mark in connection not just with mixed reality glasses that can be used with content created using Unreal Engine, but for “[d]esign and development of computer game software and virtual reality software”—thus positioning itself squarely as a direct competitor to Epic.

This is not the first time Epic and Nreal have sparred. Back in 2018, Epic and Nreal both fought over the 'Unreal' trademark and Epic filed a suit as well. But the companies then reached a settlement.

Epic is no stranger to court cases. Its most recent and high-profile case is its battle with Apple. Epic is locked in a battle with Apple relating to Apple's practices in App Store. The case has just started and has already polarised the whole tech industry and is making companies take sides of either Epic or Apple. It has also dragged companies like Microsoft, Sony, Nintendo, Spotify and Roblox Corporation into the mix and is making tons of classified information public.

Update: Nreal reached out to Neowin and provided the following statement, saying it disagrees with Epic's claims about infringing intellectual property rights:

"Nreal is an innovative and growing startup that is setting a new standard for augmented reality. Recognized as a ground-breaking company among both consumers and developers, Nreal has developed a reputation as the leading hardware manufacturer of mixed reality and augmented reality glasses currently sold in Asia and Europe. We're aware of the litigation that has been filed by Epic. We respect intellectual property rights, but we believe that this lawsuit lacks merit and plan to defend vigorously against the claims brought by Epic."