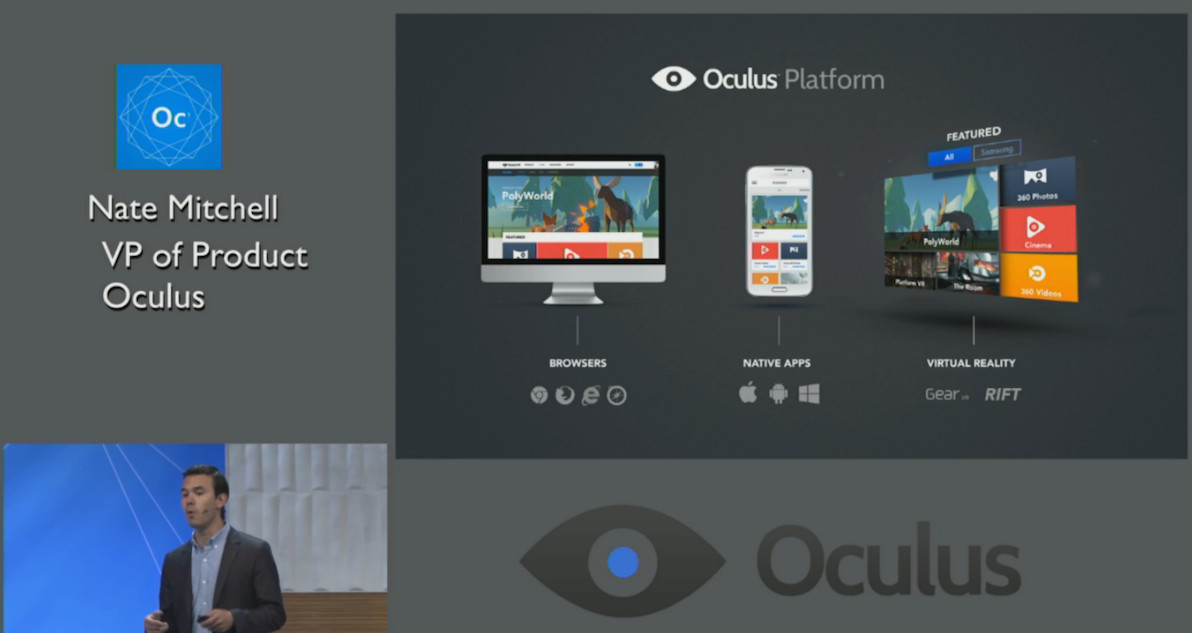 Yesterday, Oculus VR announced a new prototype VR headset, Crescent Bay. The new headset will have improved features, becoming the third iteration of VR headset for the company. While this is exciting in itself, it also looks like Oculus VR will begin support  for Windows Phone in the near future.

Although Windows Phone wasn't mentioned by name, Nate Mitchell, VP of Product Oculus did state that Oculus is looking to bring 2D native mobile apps that will allow users to access the platform from their mobile devices. During the presentation, a slide was projected that showed mobile devices with iOS, Android, and the Windows Phone logo.

While this might not bring VR to Windows Phone like the Oculus / Samsung deal, it is a step in the right direction that could spawn a similar type of product for Windows Phone in the future.

For those interested in watching the keynote, hit the Oculus link below. The video will begin at the 1:05 mark where Mitchell debuts the Windows Phone slide. There has not been a release date or price announced for the Oculus VR Crescent Bay headset prototype.