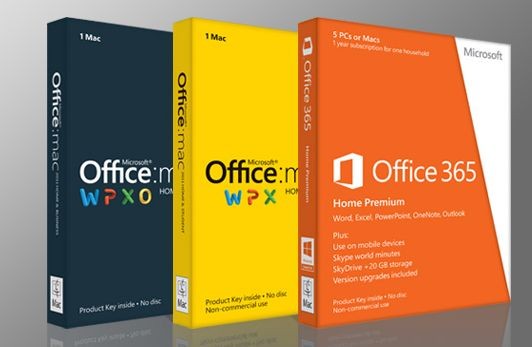 Earlier this week, Microsoft launched Office 365 Home Premium, their new consumer cloud-based software suite with much fanfare. The service allows users to install copies of Office on up to five PCs and Macs for $99.99 a year.

Of course, Windows owners were able to get new versions of Office 2013 this week as part of Office 365 Home Premium. That's not the case for Mac owners, who still have to use Office 2011 for Mac. However, a new update for that software launched this week now allows users to designate it as one of their five installs for the Office 365 Home Premium subscription. It also works for one of their two Office installs for the Office 365 University subscription.

The new Office for Mac 2011 update, which brings the version number up to 14.3, also includes some bug fixes, including one that now allows for hash tags in hyperlinks to save in PowerPoint and another where meeting times are now shown correctly in Outlook.

And just when will Mac users get all of the new features that Windows owners can access in the new Office 2013? ZDNet.com reports that, according to a Microsoft spokesperson, we can expect the Mac port of Office 2013 to be launched in late January 2014 or so. Office 365 Home Premium subscribers will get the new version automatically.