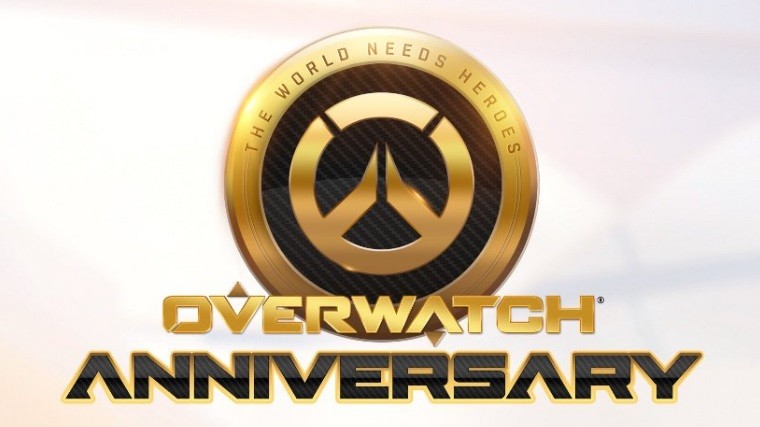 Blizzard Entertainment's 30 million player strong class-based shooter, Overwatch, is celebrating its one year anniversary today, by hosting a brand new seasonal event. While missing a themed game mode similar to previous events, the additions that have arrived for the game include three new arena maps, as well as over a hundred new cosmetic items via the newly introduced Anniversary Loot Boxes. Check out the new trailer below to get a quick glimpse at the new arrivals.

The new maps are titled the Black Forest, Necropolis, and Castillo, with all three being based off of existing maps in the game rather than being set in new world regions. These smaller - but high intensity focused maps - are now available in arcade mode for free, and will continue to be accessible in the game even after the event's end.

Meanwhile, the new Anniversary Loot Boxes are exclusive to this event, featuring a slew of skins, new dance emotes for all characters, sprays, player icons, and more.

Blizzard is also hosting another free weekend to give players of all platforms to try the game out. Overwatch will be free to play from May 26 through May 29, and specifics regarding the free event are on the official blog.

Moreover, discounts on both Overwatch Standard Edition and the new Game of the Year Edition are now in effect. The latter version arrives with ten additional Loot Boxes, hero skins, as well as Overwatch-themed goodies for use in other Blizzard games such as a Tracer unlock for Heroes of the Storm, a baby Winston pet for World of Warcraft, and more. Those who are interested in joining the ever-growing shooter's roster and its anniversary festivities can find its store page here.

The Anniversary Event will last until June 12, giving players plenty of time to grab all their desired cosmetic items for decking out their characters.