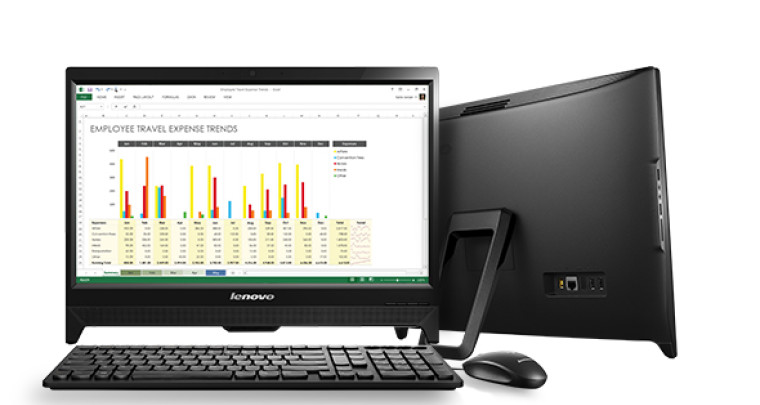 It's no secret that PC shipments have been on the decline for several years, mostly due to pressure from increased tablet and smartphone sales. With small computing devices becoming more capable with each generation, consumers are spending less on computers as their traditional role is being replaced.

With Windows 10 on the horizon, it would seem logical to conclude that PC shipment/sales should improve as consumers buy new hardware for the OS but IDC doesn't see that being the case. Because Windows 10 will be free for consumers - added to the fact that enterprise customers generally do not adopt an OS at release - sales of PCs are expected to continue to fall for the year, again. 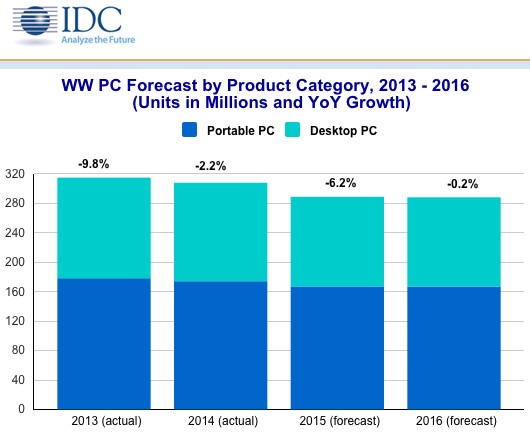 The drop is expected to be about -6.2% from 2014 and as you can see in the graph, that's significantly below the figures of 2013. It should be noted that these figures do not included tablets like the Surface Pro devices, even though they are PCs.

With traditional PCs slowly being replaced by smaller devices that are scaling up in functionality, Phone Continuum will only add to this decline going forward; indeed, it seems the 'peak' of traditional PC shipments is now behind us. While Windows 10 will likely be installed on a billion devices in the next 2-3 years, that doesn't mean new hardware is needed as the spec requirements match those of both Windows 7 and 8.

Even with the drop, the market for PCs is still massive, with an expected 289 million devices to be sold this year. Further, IDC expects the decline to level off starting in 2016 with limited growth the following few years.