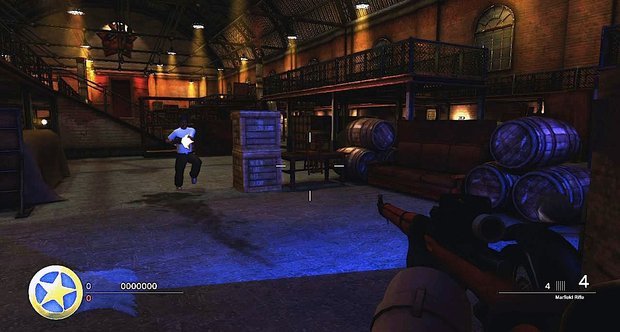 Bootleggers is designed to be a bare bones multiplayer FPS without a lot of extra features that you might expect to see in, say, a Call of Duty game. Players will head to the Playstation Home's new Action district to play the game. Once they enter the Bootleggers section they will be presented with a matchmaker lobby and then start playing. The game will be completely free; there will be no micro-transactions in Bootleggers. The article also describes a free poker game that will be available in Playstation Home's sports district. One interesting feature is that the Sports district will have a TV that will offer real time updates on sports in the real world.