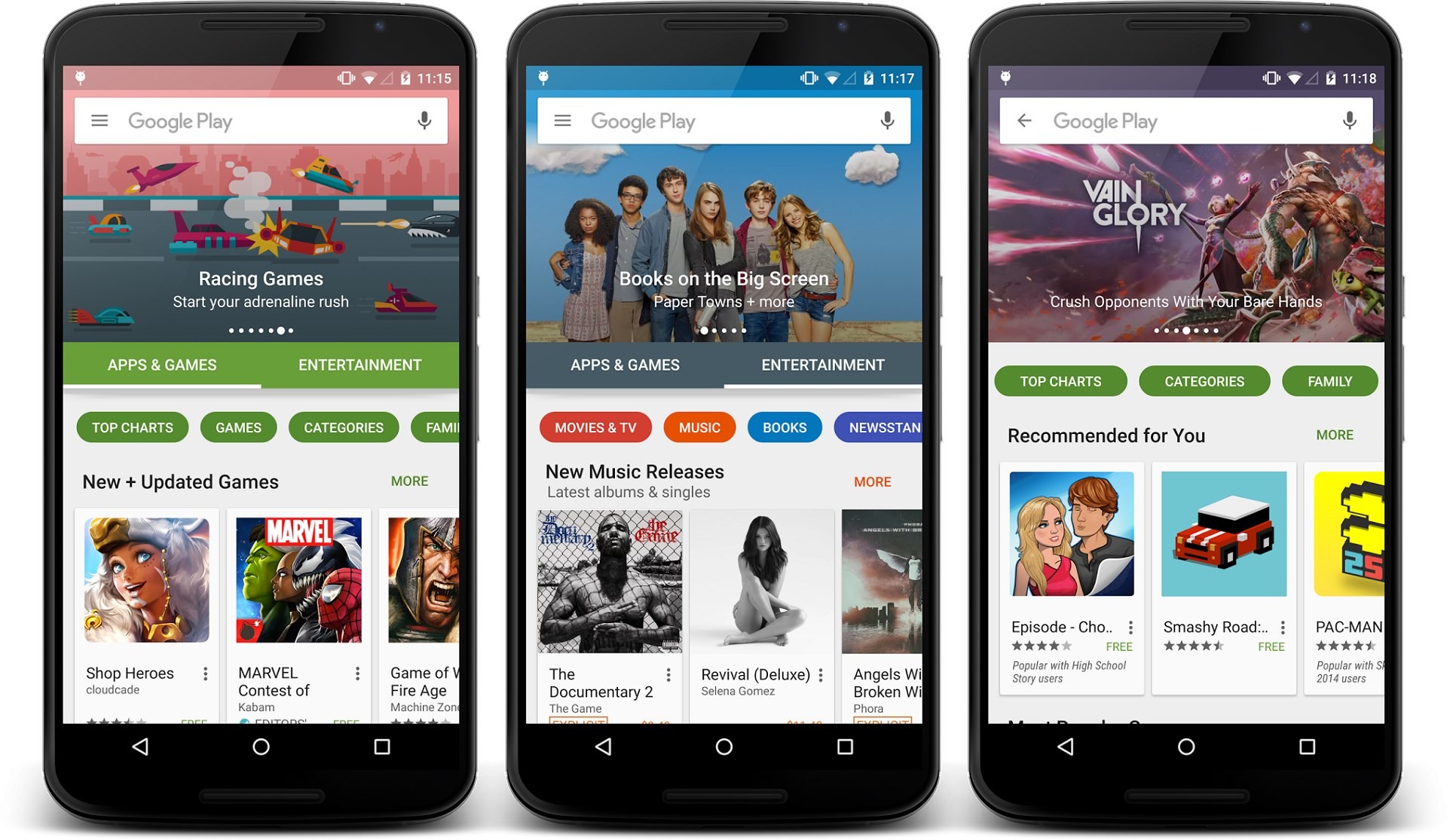 The Google Play store layout may be refreshed soon according to images posted by Android employee Kirill Grouchnikov. The high quality images posted to his Google+ account reveal the store categories are to be reduced to just two: Apps & Games, and Entertainment - each with relevant subcategories - will replace the current six main categories.

The images appear to have been posted to Grouchnikov's page following his apparent move away from the Play store development team. In commemorating his six years in the team he included an image showing the evolution of the Play store from the original Android Market.

Finally, he also included images revealing right-to-left language support with the Play store shown in Hebrew. Unfortunately, no word was given on when Android users will see the update other than "soon" but the images look fairly polished.

Source: Kirill Grouchnikov via The Verge