Opinions on QR codes range from neat to useless, but a start-up called Lifesquare is hoping to harness their power to save lives. As part of a year long pilot program, emergency services in Marin County, California will be using QR codes to quickly access patient's medical information.

Lifesquare is asking residents to store information about their medical conditions on its website, which would link them to a QR sticker first responders could use to access important information. The stickers are being distributed by CVS pharmacies. Emergency works will scan the codes with around 50 iPhones purchased by the county.

“It could benefit so many folks,” Mike Giannini, EMS Battalion Chief at the Marin County Fire Department said, comparing it to the county's own 'Vials of L.I.F.E.' project, which asked residences to keep a list of the medications they were taking in their refrigerator. 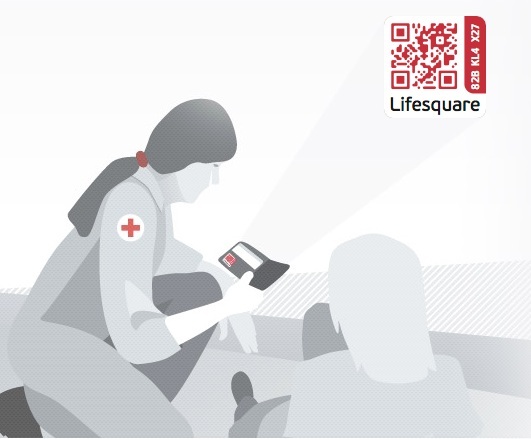 Others are worried about the privacy implications involved, and Lifesquare told IDG that that was the first problem they'll have to address. “They way we look at it,” Ryan Chamberlain, Lifesquare's director of public outreach, says, “is that people already put their information into their driver's license, that's owned by the government, people put their information into credit card company's and that's owned by private corporations.”

Lifesquare, he says, is different. “Here you own it, you put it into your own profile and nobody else touches it.” If they're able to keep people from associating their service with a dystopian future where everyone has a barcode tattooed to their neck at birth, they just might save a few lives.