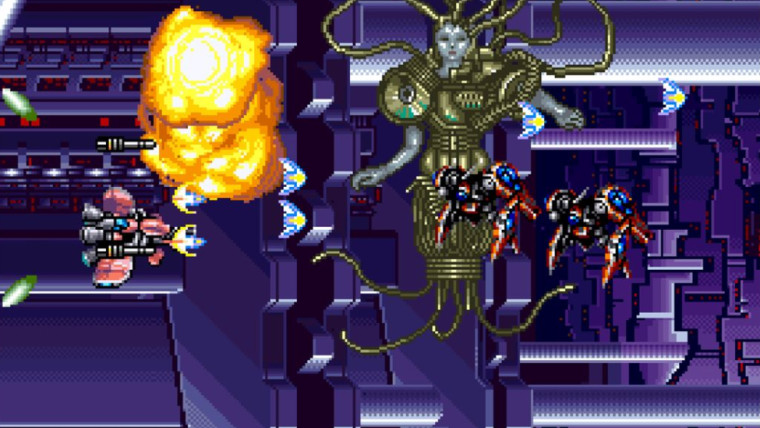 It was only a couple weeks ago when Hamster Corporation introduced Pulstar on the Xbox One. Now, the firm has released another retro side-scrolling shooter title to the console with Zen Blade.

Zed Blade, better known as Operation Ragnarok in Japan, is a side-scrolling space shooter that was released in 1994 on the Neo Geo arcade cabinet. The game offers a similar experience to other popular shooting franchises like R-Type, Gradius, Darius and more.

If you have never played any of the titles mentioned previously, the premise pretty much remains the same, with the player tasked with piloting a spaceship through various zones while battling numerous enemies, all the while collecting different power ups to eventually face off against a boss.

Zed Blade might not be quite what you're looking for when it comes to a retro title, but luckily Hamster Corporation has a wide variety of Neo Geo titles available to purchase like Fatal Fury Special, Over Top, Metal Slug, NAM-1975, and more.