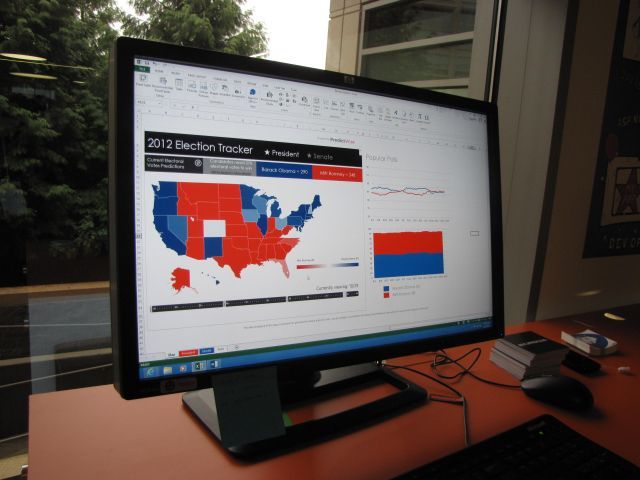 During the BUILD 2012 developer conference today, we chatted with Office team members about their plans for the Office Store. They showed us an example app, made internally, that was made for the new version of Excel. It's a 2012 Election Tracker app which takes polling data from a third party service and creates an animated map of the US.

The app shows which US Presidential candidate individual states are currently leaning towards voting for next week. As an example, early polls showed Mitt Romney leading in Florida so the state was pictured in red. Later in the year, Florida turned blue as its residents seemed to lean towards Barack Obama. Now Florida seems to going Romney's way again as it is very red.

Creating apps like this for Office can be a whole new frontier for app developers. Microsoft thinks that the mobile app market is currently pretty crowded but making apps to sell on the Office Store could be a new way for app developers to make some money.