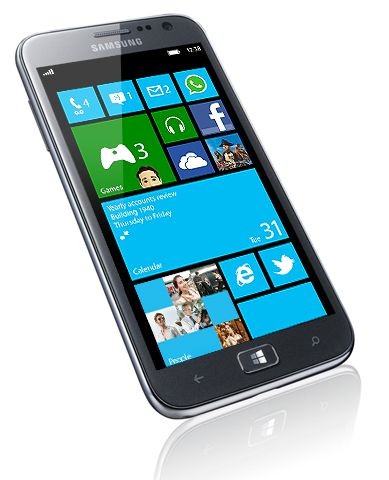 Sprint recently launched a teaser page for its upcoming Windows Phone 8 launch. The third-biggest wireless carrier in the U.S. previously announced it would sell phones from HTC and Samsung sometime later this summer. Now a new rumor claims to have more information on what those two devices will be like.

A report on The Verge, citing unnamed sources, claims one of the Sprint Windows Phone 8 devices will be the Samsung ATIV S, which has previously been put on sale in other parts of the world but never officially made it to the U.S. The story claims that the Sprint version will only have some minor changes on the outside. It will remain mostly the same inside, including a 4.8-inch screen, a 1.5 GHz dual-core processor, 1 GHz of RAM and either 16 or 32 GB of storage.

The other Windows Phone 8 smartphone that might be sold by Sprint, according to the report, is the HTC Tiara, which was first rumored in February. HTC has yet to officially announce the Tiara but the Internet rumors claim it will have a 4.3-inch screen, a 1.2 GHz  CPU, 1 GB of RAM and 8 GB of storage. If this report is accurate, it sounds like Sprint will be selling some mid-tier smartphones rather than high end devices like the Nokia Lumia 920 or the HTC Windows Phone 8X.

Source: The Verge | Image via Samsung