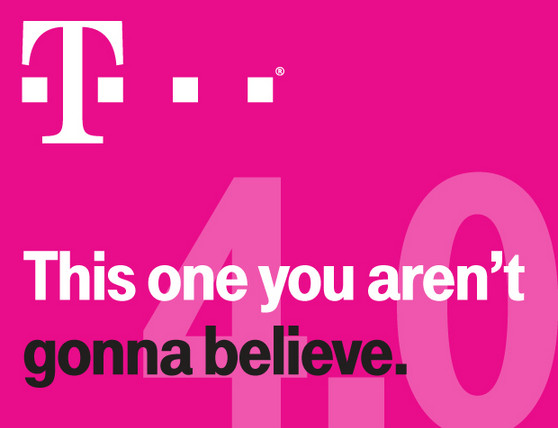 T-Mobile is planning to add to its recent "Uncarrier" promotional theme, which aims to destroy current perceptions of how carriers work (usually in a negative light) and provide new services that make the competition just look downright greedy. The announcement will come on Jan. 8, and while we don't know what's coming just yet, rumor has it that T-Mobile will announce that it will pay off early termination fees of people who make the switch from a competing wireless carrier.

That's according to an anonymous tip given to TmoNews, which is calling the product by its apparent codename "Houdini". T-Mobile would pay up to $350 for your early termination fees if you switch over. "New customers will receive instant credit when they trade in a smartphone, then get a credit for the ETF charged by their old carrier when they submit the final bill to TMO," the anonymous tipper writes.

"Emphasis will be on families switching up to 5 lines regardless of contract end dates…" they add. This makes far more sense for T-Mobile, financially speaking, because $350 is an awful lot of money to pay to get one person to join your network. Although now more than ever T-Mobile is willing to do quite a bit to grab your attention. Plus (reporting as someone who knows very well the pains of being in a family plan with various contract end dates) it'd be more enticing for entire families to make the switch if they're unhappy with the contracts they have with their current carrier.

This would truly be an incredible feat if T-Mobile goes through with it. We'll find out Jan. 8.