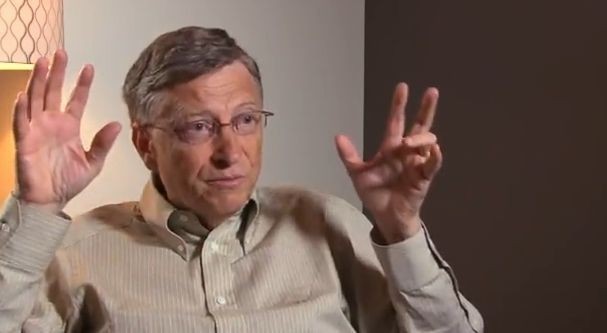 Bill Gates has not been a part of Microsoft's day-to-day activities for some time, but the co-founder of the company still wields a great deal of influence as chairman. That's apparently too much power for three large investors in Microsoft who are rumored to be pressuring the rest of the company's board of directors to ask Gates to step down as chairman.

According to Reuters, the three investors hold a combined five percent of the company's stock. The story, which cites unnamed sources, claims that the unidentified trio feel Gates could block any new ideas and strategies that could be suggested by Microsoft's next chief executive officer. Microsoft is currently searching for a new CEO, as its current leader Steve Ballmer announced plans more than a month ago to retire from the company within a year.

The story suggests the board will not cave into the demands of the three investors, so this move may be more symbolic than anything else. Gates has concentrated mostly on his charitable work with the Bill and Melinda Gates Foundation since 2008, although he still spends a day or two a month working at Microsoft. His personal stock holdings in the company have also diminished over the years. He sells about 80 million shares in Microsoft each year, which would leave him with no ownership at all by 2018.