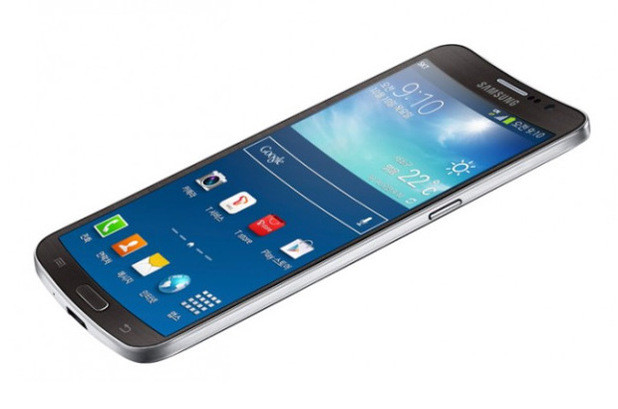 Curved Phablets, the next best thing?

Yesterday we reported on an image leaked by @evleaks that showed what looked like an S4, but with a prominently curved screen. As it turns out this phone is in fact genuine and has already been announced by Samsung in South Korea.

The phone, dubbed the 'Galaxy Round' sports a 5.7-inch 1080p curved OLED display unlike any existing handset, it also features "Rounded Interaction" which displays different information when on a flat surface and tilted, to show the date, time and missed calls when the home screen is off; you can see the effect in the video below.

The back of the phone - which ships with Android 4.3 - has a leather like texture, while the thickness is 7.9mm and weighs 154g, which is slightly less than the Galaxy Note 3.

The Galaxy Round will be available in South Korea from this week in a 'Luxury Brown' colour costing 1.09 million won, which is around £622.

So as it turns out, @evleaks was only slightly ahead of Samsung this time around. Samsung has not announced if and when this device will be available outside of South Korea.