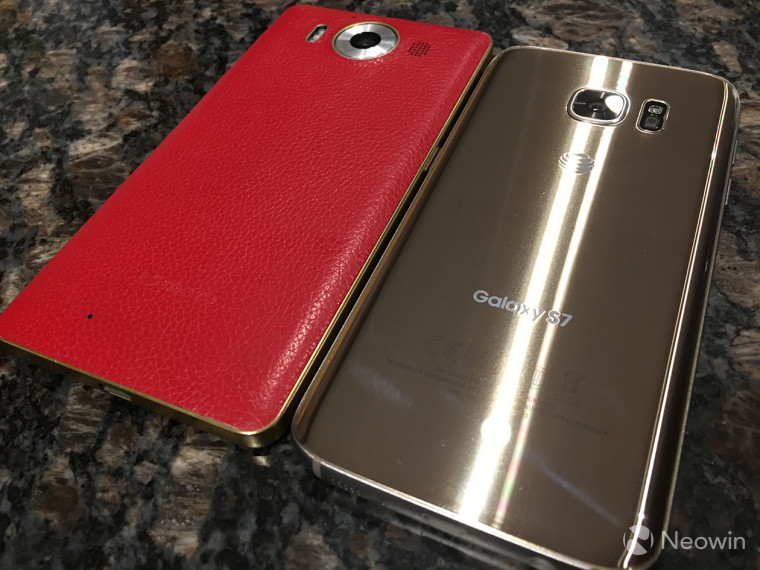 When Samsung announced the Galaxy S7 and the Galaxy S7 edge at Mobile World Congress this year, they promised the best camera on the market. I aim to find out if they're right.

Normally, I would write up a full comparison of the two devices, as I've done previously. With this, we would compare the specs, design, display, performance, camera, and more. Unfortunately, that would be trivial with these two devices.

It's no secret that the Lumia 950 and 950 XL didn't show up in the design department, or that a Snapdragon 820 with 4 GB RAM will outperform a Snapdragon 808 (or 810, for that matter) with 3 GB RAM. Samsung also delivers some of the best displays on the market, so that leaves us with the camera.

For those that weren't impressed with the Lumia 950 and 950 XL, both the front and rear cameras were its only redeeming qualities. Some would go so far as to say that they were the best Lumia cameras ever.

What makes a smartphone camera great? 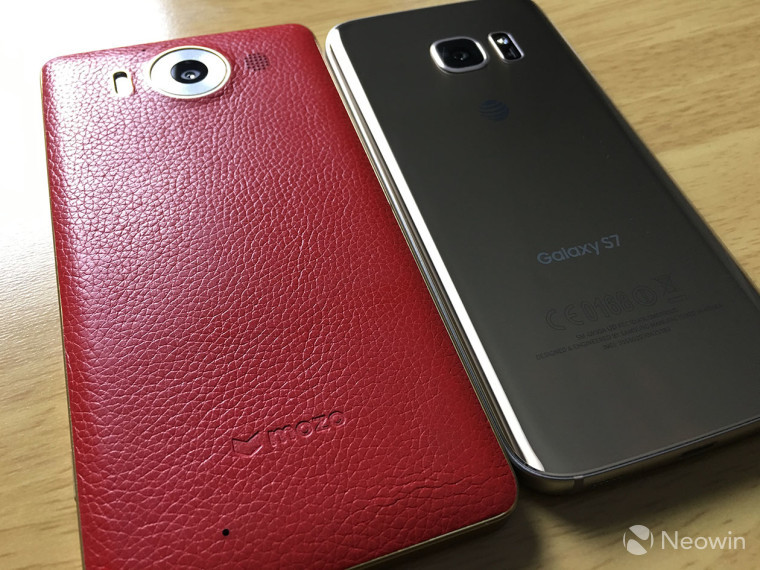 The question of what makes a smart phone camera great has plagued users for years, particularly Lumia users. After all, we all remember the legendary Nokia Lumia 1020.

The Lumia 1020, going on three years old, is still incredibly relevant when it comes to the camera. No one can deny the superior image quality that the 1020 can deliver.

However, it's slow, painfully slow. It's slow enough that you might miss your kid's first steps. It also tends to require the use of manual controls to take the perfect picture.

To some, the Lumia 1020 is still the perfect smartphone camera. To others, speed is more important, along with as much quality as can be obtained in the shortest amount of time.

This was an area where the iPhone always shined. When Apple started using phase detection autofocus (PDAF) in its iPhone 6, they set the bar for the industry. PDAF is a technology that allows the camera to focus very quickly. The technical aspects of it are beyond the scope of this article, but just understand that it allows the user to take a picture that's perfectly focused in very little time.

Of course, PDAF was nothing new to the industry. Samsung had implemented it in the Galaxy S5 and LG used a different solution for quick focusing: laser focus, implemented in the G3.

When I say that Apple set the bar, what I really mean is that Lumia users could no longer say that they objectively had the best cameras around. Sure, they might take the best pictures, given enough time and the right settings, but there were now new factors to consider.

The first Lumias to use PDAF were the Lumia 950 and 950 XL. Could this be enough to put Lumia's revolutionary imaging technology back on top? I thought so, but then the Galaxy S7 came along and Samsung claimed that it uses 100% of its pixels for focusing, while the iPhone 6S uses only 5%.

NOTE: This is a bit off topic, and you'll find out more when I compare the two, but thus far, I've found that the iPhone 6S Plus focuses much faster than the Galaxy S7.

At the end of this article, the question is still going to remain, what is important to you in a smartphone camera? There is and always will be trade-offs in deciding what is the "best" smartphone camera.

The Windows Camera app on the Lumia 950 doesn't include a lot of features. Let's leave that right out there. In fact, I'll take it a step further and say that its predecessor, Lumia Camera, was never a very good app. We put up with it because it had the manual controls we loved, but it required multiple steps to do simple tasks, such as switching between the front and rear camera. Of course, Windows Camera doesn't have that particular issue. 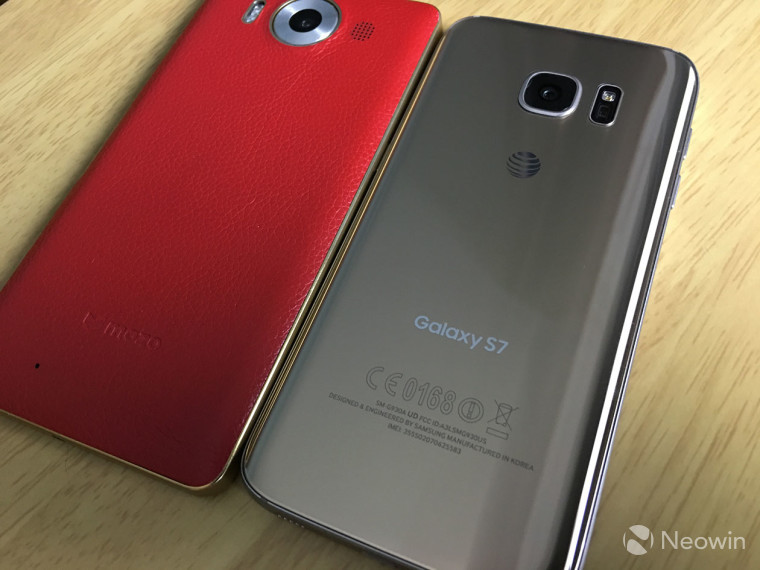 The main feature in Windows Camera is Rich Capture. This is an amazing feature that allows the user to use a simple slider to adjust the exposure of an image after it's been taken. For example, if you take a picture with the flash, the subject will be very bright but the background will be very dark. Without the flash, the image is too dim. Rich Capture will allow you to choose the image with the flash, without, or anywhere in between.

There's also manual controls for focus, ISO, brightness, white balance, and shutter speed, along with Living Images and capturing RAW photos. Personally, I'm not a fan of Living Images, as they require you to go into the camera settings to turn them on. It's an extra step, so I end up in the habit of keeping them off.

Windows Camera is also lacking some basic features, such as a panorama mode or basic filters, which can be found in just about any non-Windows phone camera app. Traditionally, this was by design. Windows Camera is a descendent of Lumia Camera, which was a descendent of Nokia Camera. Nokia made separate apps for these little functionalities that are built into other camera apps.

Samsung's Camera app, on the other hand, is packed with features. If the stock features aren't enough for you, you can grab plugins from Samsung's store. Two plugins that I always grab are Rear Cam Selfie and Animated GIF.

After all, I've tried Apple's Live Photos and Microsoft's Living Images, but Samsung allows you to record a GIF, making the image much more sharable. Rear Cam Selfie allows you to point the rear camera at yourself, the phone beeps when it sees you, and takes a picture three seconds later.

As always, talk is cheap when it comes to cameras. A device can have all of the features in the world, but if the pictures don't look good then it doesn't matter. Let's look at some samples.

The Lumia 950 seems to saturate the images more, which will once again come down to what the user wants from a smartphone camera. I have heard from many users that they actually prefer a more saturated image. More professional photographers, however, prefer a more realistic image.

It's an interesting result because historically, Samsung's cameras tend to saturate images. It should be interesting when we compare the Galaxy S7 to the Galaxy Note 5.

While both front cameras are 5 MP, that's about where the similarities end. The Galaxy S7 has a much larger aperture with f/1.7, while the Lumia 950 comes in at f/2.4.

They also record different resolutions for video. While most would choose 1080p, Samsung is one of very few that actually allows 1440p video recording in the front camera. The Lumia 950 records 1080p as well; however, it also allows the user to record the rare 1242p, for some reason.

Samsung also implemented a flash in the front camera by lighting up the display. This is a trend that we've seen from LG, Motorola, and more recently, Apple. Frankly, it's a feature that I really wish Microsoft would implement.

I think it's clear that the Galaxy S7 has the better front camera, as it performs better in low light, even without the flash. The Lumia 950's results were disappointing, as even the Lumia 650 seemed to do better when we reviewed it. 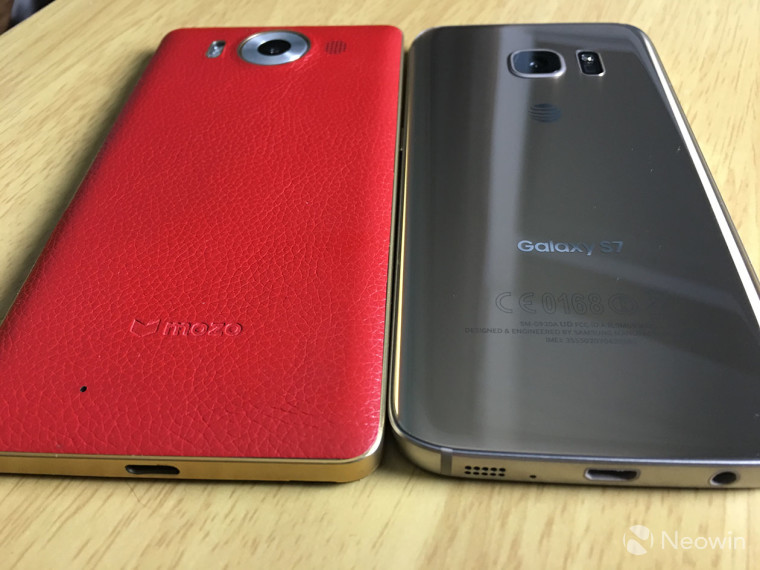 As tech enthusiasts, we tend to forget that average consumers have needs that are different from ours. This is why I'm never quick to say that one device or one camera is better than the other, unless it's clear, like it was with the front camera here.

The Galaxy S7 takes pictures faster than the Lumia 950 does and it has lots of consumer-centric features. The Lumia 950 saturates the images a bit more, but it has manual controls to handle that for the prosumer.

At the end of the day, I think it's an overall win for the Galaxy S7.