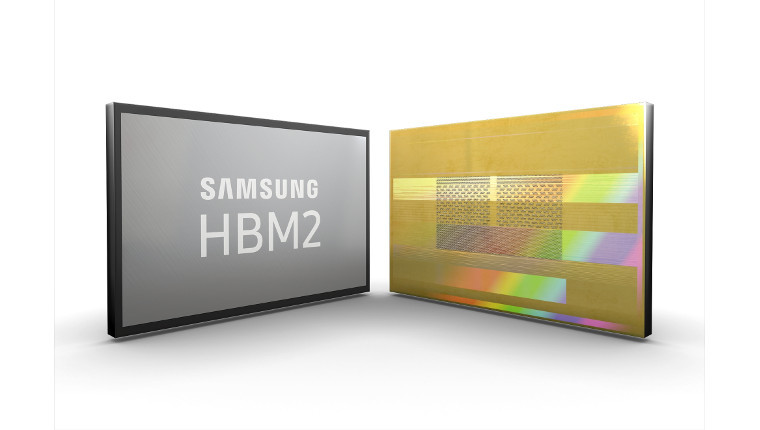 Samsung has announced that it has started producing its second generation 8GB High Bandwidth Memory-2 (HBM2) that boasts the fastest data transmission speed on the market today. The new hardware, dubbed Aquabolt, is intended for use in next-generation supercomputers, AI solutions and graphics system. With its 2.4 Gbps data transfer speed per pin, it “should accelerate the expansion of supercomputing and the graphics card market.”

“With our production of the first 2.4Gbps 8GB HBM2, we are further strengthening our technology leadership and market competitiveness. We will continue to reinforce our command of the DRAM market by assuring a stable supply of HBM2 worldwide, in accordance with the timing of anticipated next-generation system launches by our customers.”

Aquabolt features a 2.4 Gbps pin speed at 1.2V which is an upgrade of almost 50% per package over the first generation HBM2 packages which were capable of 1.6 Gbps pin speed at 1.2V and 2.0Gbps at 1.35V. A single Aquabolt package offers 307 Gbps data bandwidth, which is 9.6 times faster than an 8GB GDDR5 chip that provides 32 Gbps; using four Aquabolts will leave you with a system capable of 1.2 Tbps bandwidth, according to Samsung.

Samsung says it’ll supply Aquabolt to its global IT customers at a stable pace in order to meet the growing need for the technology. In the research department, Samsung says it’ll continue to rapidly advance its memory technology in conjunction with leading OEMs throughout a range of fields including supercomputing, artificial intelligence, and graphics processing.