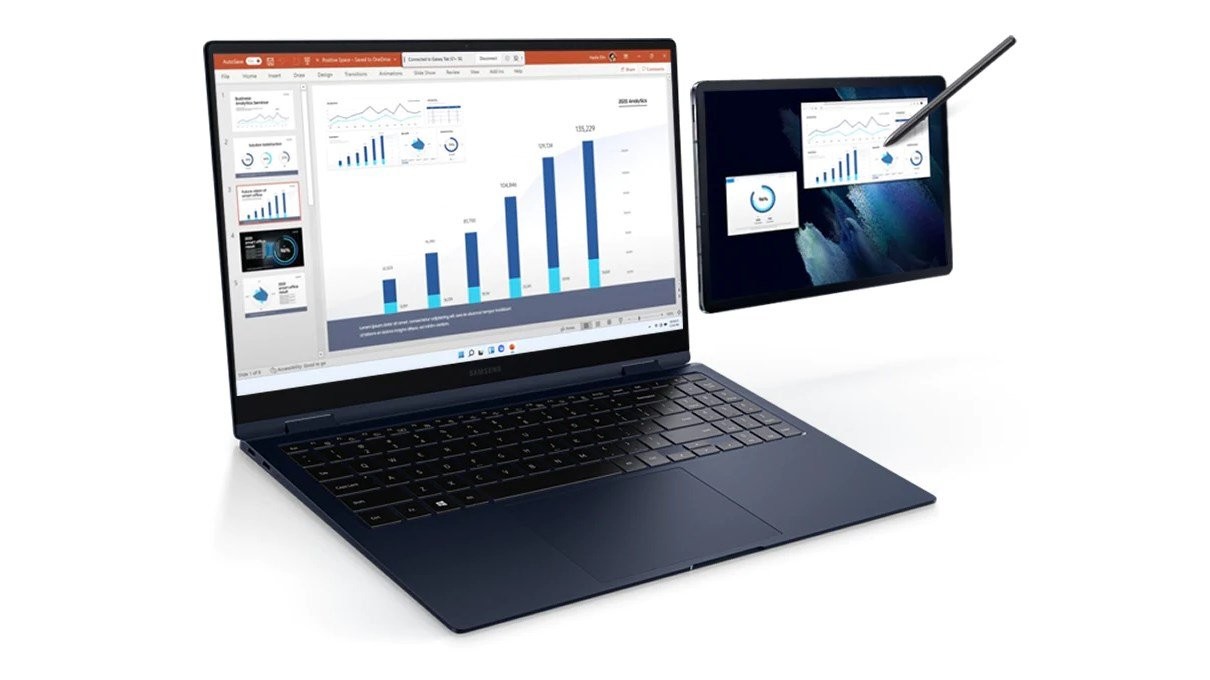 According to serial leaker Aggiornamenti Lumia, Samsung will announce a new Windows app called "Second Screen" to make some Galaxy Tab S tablets work as a secondary display. However, the leaker has provided no additional details about the new app except for what devices it will support.

If the tipster is to be believed, the Second Screen app will require a Galaxy Book laptop with Windows V2004 or higher. Besides Galaxy Book, you'll also require the following supported tablets:

However, it's worth noting the Galaxy Book laptop already has a feature called 'Second Screen' to let Galaxy Tab S owners wirelessly set up their tablets as additional monitors. The feature also mirrors the Galaxy Book to a Galaxy tablet, enabling the users to take advantage of the S Pen. The new app that Samsung is rumored to release does all of that, but it's not exactly clear whether it'll require a wireless connection.

As mentioned by the leaker, the new Second Screen app will be available only for Galaxy Book users. So if you own one of the supported Galaxy Tab S tablets and don't have a Galaxy Book, you'll have to look for other third-party solutions.

Samsung is not the only company that offers the feature. In 2019, Apple introduced a new feature called Sidecar in macOS Catalina to let Mac users extend their computer displays to iPads. A year later, Samsung took inspiration from Apple and came up with the Second Screen feature.

Although not confirmed, Samsung could demo the app at its Unpacked 2022 event, where the company is expected to launch Galaxy S22 series and Galaxy Tab S8 series.