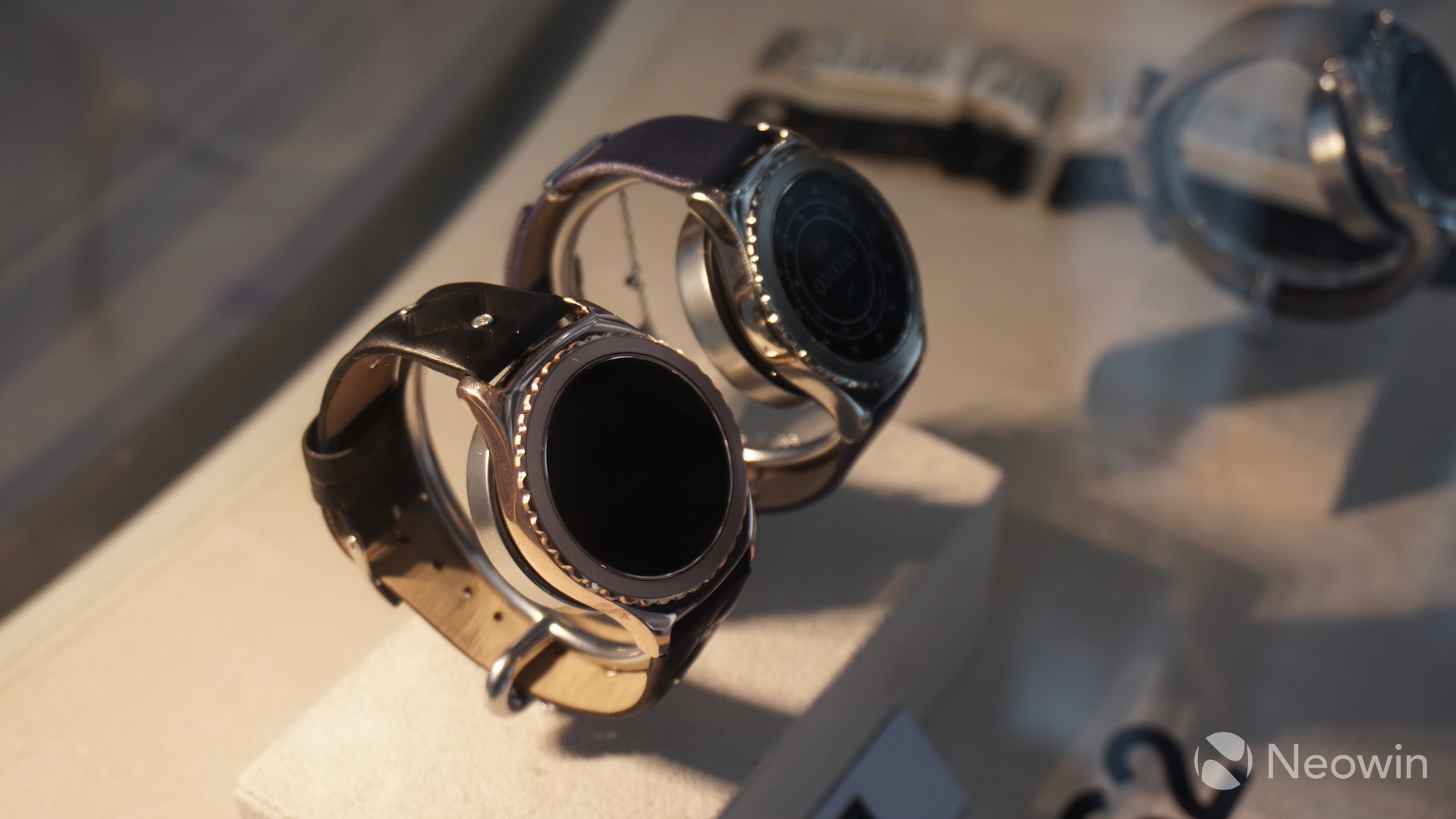 It's hard to believe that it has only been a little over two years since Samsung debuted its original Gear smartwatch. Since that time, Samsung has developed several iterations of the Gear line which has culminated in the development of last year's, Gear S2 and the Gear S2 Classic. At this year's CES, Samsung upped the ante by offering two new variations of the Gear S2 Classic: a 18K Rose Gold and Platinum model. Today, Samsung has made the two new models available, starting in China, with a global rollout scheduled over the course of the year.

If unfamiliar, the watch is housed in 11.4mm frame offering a 1.2-inch circular sAMOLED display with a pixel density of 302ppi. The timepiece is powered by a 1Ghz dual-core processor, 512MB RAM and offers 4GB of internal storage. The Gear S2 Classic offers roughly 2 days of battery life and runs Samsung's Tizen OS.

For the new release, the specification will stay the same, but with materials differing depending on what model you purchase. According to the Samsung website:

Unfortunately, Samsung does not have a schedule of when you should expect these units to be available in your country. Per usual, pricing will vary by region.