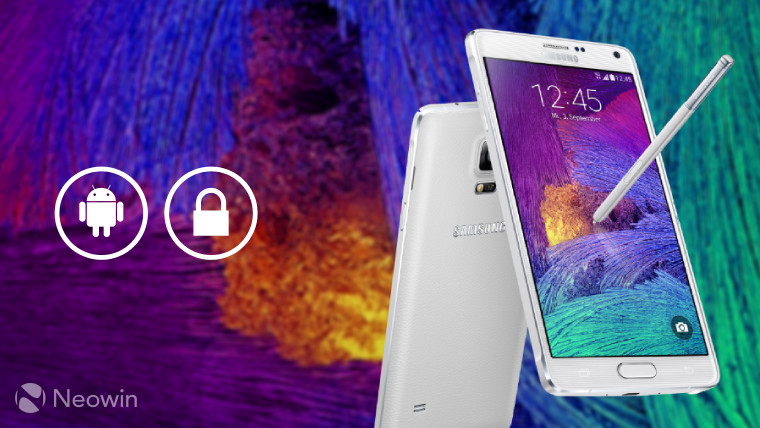 While Google has already released its Android security update for April, many manufacturers and carriers are still scrambling to get the March update out to their devices. Google made the March patches available six weeks ago, but they're only now rolling out to two of Samsung's handsets on T-Mobile in the US.

T-Mo has released new firmware updates for the Galaxy Note 4 and Galaxy Note Edge. Each update is around 130MB in size, and bumps the Note 4's firmware version up to N910TUVU2EQC1, and that of the Note Edge up to N915TUVU2DQC1.

In addition to the March security patches - which bring fixes for dozens of vulnerabilities in Android, and some unique to Galaxy devices - they also include "various system improvements". Both handsets remain on Android 6.0.1 Marshmallow, and are not in line for an upgrade to Android 7.0 Nougat.

Bear in mind that it can take some time for over-the-air updates like these to roll out to all handsets, so if you don't see the patches available for your handset immediately, it hopefully won't be too long before they arrive.