At the beginning of the year, we reported on the phenomenal popularity of Samsung's Galaxy S range; by early January, over 100m of the handsets had been sold worldwide across three generations of devices. The fourth iteration was announced in March, with the launch of the Galaxy S4. Despite a short delay to its launch in some markets, the handset went on sale at the end of April. 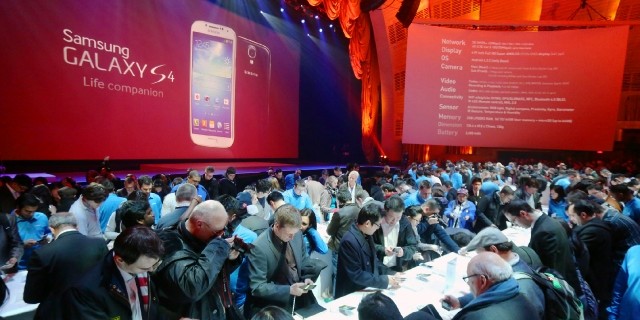 Today, Samsung confirmed that it has sold over 10m S4 handsets in less than a month on sale, making it the fastest-selling smartphone in the company's history. The S4 was launched simultaneously in 60 countries around the world, but is now available in 110; as Reuters reports, Samsung plans to expand availability further to encompass 327 carriers in 155 countries by the end of June.

Meanwhile, ITWorld reports that the company intends to expand its range of colour offerings for the S4; having launched in 'White Mist' and 'Black Forest', this summer will see the launch of 'Blue Arctic' and 'Red Aurora' options, while later this year, Samsung will add 'Purple Mirage' and 'Brown Autumn' to the line-up.

Samsung is reportedly aiming to broaden the appeal of the S4 even further, with a range of spin-off handsets, including the smaller 'Mini'; 'Zoom', a version with a higher-resolution camera; and 'Activ', a ruggedised variant created with more robust materials.