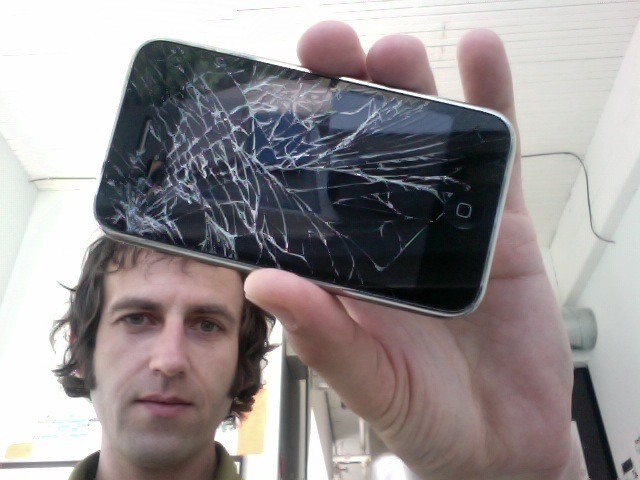 Due to the portable nature of smart devices, dropping them is a fairly common occurrence. Various companies have stepped in and tried to make shatterproof screens, the most famous of which being Corning with their Gorilla Glass range; but efforts to develop a product that ends shattering once and for all has been met with difficulty.

That was the case until just a few days ago. In a recently published scientific paper, a team at the University of Akron have found that adding a transparent layer of electrodes onto the surface of a polymer significantly increases surface toughness and the flexibility of the polymer. The team, headed by Yu Zhu, who is assistant professor of polymer science at the university, tell that these findings were established with repeated bending tests and scotch tape peeling tests (the scotch tape peeling test is done to ensure that the coating won't deteriorate or detach from the surface).

The research team suggests that the findings could replace or improve current screens which have coatings made from brittle indium tin oxide (ITO). These current coatings are more expensive than what Yu Zhu's team have developed, which is also significantly stronger.

The film completely kept its shape and functionality after being bent even 1,000 times. Due to the flexibility, the transparent electrode film could be manufactured in cheap, large-quantity rolls instead of the current more difficult and costly method.

“The annoying problem of cracked smartphone screens may be solved once and for all with this flexible touchscreen." - Yu Zhu, UA assistant professor of polymer science

The full paper is available here.