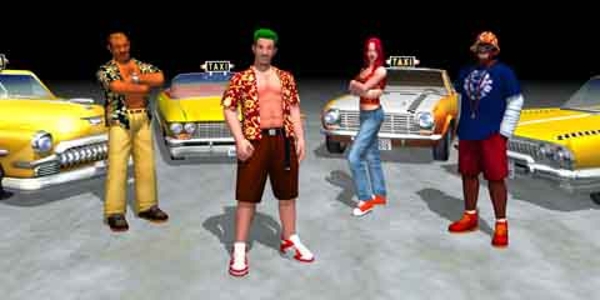 In May we reported that Sega was set to lay off 73 workers and they were going to dedicate their entire San Francisco office to the production of downloadable games. Since then it seems they have been hard at work getting a couple of titles ready for download. Sega is going to offering popular games from the Dreamcast console on the PlayStation Network and the Xbox Live Arcade.

The first two games to be released by Sega on the two systems will be Crazy Taxi and Sonic Adventure. There was not an exact release date announced but they did say they will be released this fall.

Sega Vice President of Digital Business told USA Today, "The Dreamcast is fondly remembered by a large community of dedicated fans as a console that was ahead of its time in terms of graphics, quality and online gaming. There are few things that are more requested from us than making Dreamcast classics available for download in today's digital market place."

The games will be updated to include surround sound, high resolution graphics, achievements and trophies.

No other games have officially been announced to be released on the Xbox 360 or PS3 from Sega, but the Dreamcast has a 650 game library to work from.