Microsoft not only rolled out Outlook.com today but they have also updated SkyDrive to bring it to visual parity of the company's other properties. The UI change is a dramatic, but familiar, overhaul of the service and none of the core functionality has changed.

You can see the changes in the images above (and below) but in terms of new features, this appears to mostly be a re-skinning of the cloud service. With the new UI comes a few tweaks to the menu layouts but when compared to the overhaul that Outlook.com received, this is a minor update for the SkyDrive service. 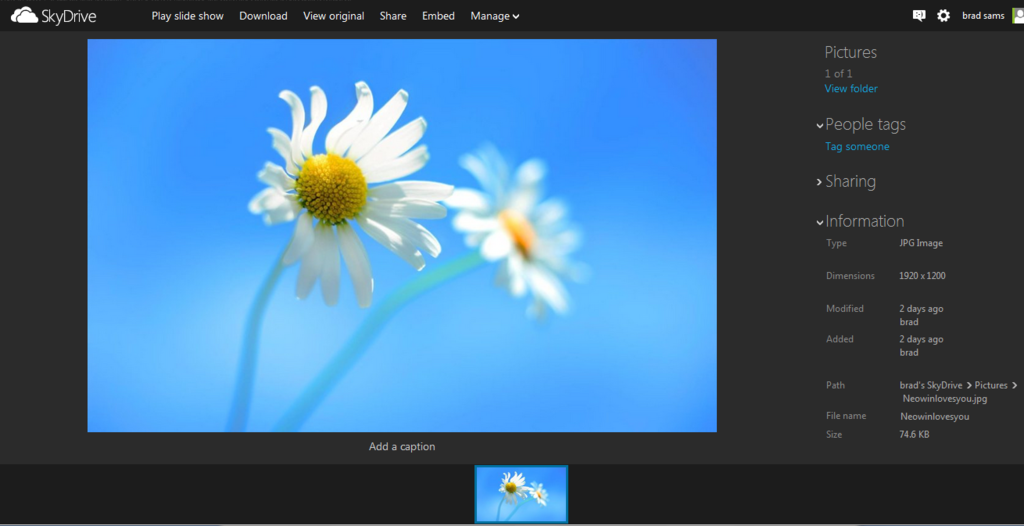 Microsoft is pushing SkyDrive on all of its services as it works to integrate the platform into each product that it offers. We have already seen how the service integrates with Office 2013 and Windows Phone, we fully expect to see this deep integration to continue as Microsoft works to solidify its ecosystem.

It's not exactly clear when the new UI will roll out as Microsoft said that it will be coming later this Summer but you can get a visual sneak peek with the gallery below.