Microsoft is still calling the version of Skype made for Windows Phone 8 a "preview" version; however, that isn't stopping the company from offering new updates to the port. Today, a new 2.1 version was made available for download from the Windows Phone Store, making it the first update since the preview version was first released in November. 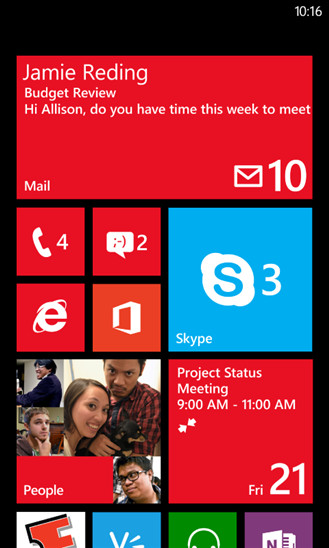 The official Skype blog has the change list of what's been added and fixed in this new build. It has a new version of the app's chat keyboard that Microsoft says has improvements in auto-correct and auto-complete. This new version also allows users to put in toast notifications for any Windows Live Messenger buddies they might want to chat with on Skype. Those buddies are now labeled on the Skype People list.

Microsoft says this version also has a number of improvements for call reliability, along with corrected links to webpages and improvements to chat messages. However, the release notes also stated that Skype's People Hub integration has been temporarily disabled in this new version. Microsoft said the reason was that it was making the app unstable. It added, "We are working with the Windows Phone team to resolve the issue and to enable the integration again in a future release."