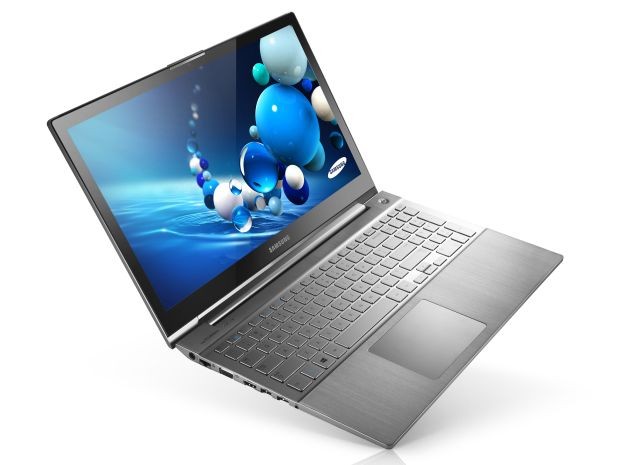 With CES 2013 just a few days away, Samsung continues to reveal new products ahead of the big trade show in Las Vegas. Earlier this week, the company announced it would launch some new PC monitors, including a touchscreen model made for Windows 8. Today, it revealed two new models in its Series 7 notebooks, the Chronos and the Ultra, and both will be made available with touchscreen versions.

The Series 7 Chronos, shown above, is the big and heavy one of the two notebooks. It weighs 5.8 pounds and has a 15.6 inch display. Inside there is a 2.4 GHz Intel Core i7 processor and an AMD Radeon HD 8870M graphics chip. In terms of storage, you can get up to 1 TB of hard drive space and as far as memory you can have between 4 to 16 GB of RAM.

The new Series 7 Ultra is the Ultrabook notebook, designed to be thin and light with a weight of 3.2 pounds and a 13.3 inch display. You can get either an Intel Core 15 or i7 processor and storage of up to 256 GB in a SSD. The Series 7 Ultra comes with a non-touchscreen option.

Samsung has still not revealed pricing or a launch date for either of these two notebooks. The company could reveal more information on its CES 2013 website in the near future.