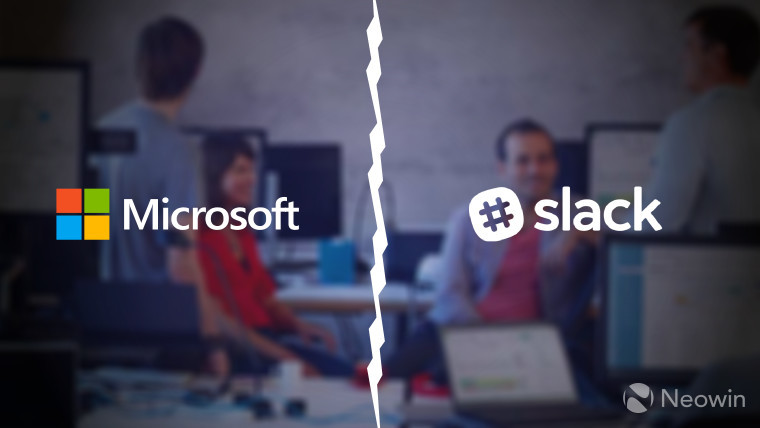 Last week, Microsoft revealed that Teams, its communication service for organizations, had reached 13 million daily active users, beating out competitor Slack, which has about 10 million daily active users. With all of Microsoft's investments into services such as Teams, one might think Slack's stability could be compromised by the news, but its CEO, Stewart Butterfield, doesn't agree.

As reported by the CNBC, Butterfield commented on the possibility at the Fortune Brainstorm Tech conference in Aspen, Colorado, where he said that "if it’s based on the bigger distribution, I don’t think that’s really a threat". This is also in light of Microsoft's broader reach, since Teams is part of Office 365, which has 180 million monthly active users, and thus potential Teams customers.

Slack's CEO believes that a smaller company can gain the edge over bigger companies if their products resonate with people more. Butterfield pointed to examples such as Microsoft's Bing, which never gained traction over Google despite the Redmond company's investments, or Google+, which was never well-received despite the strong push made for the platform. Butterfield further stated that "if the competition was based on the quality of user experience, and that’s where all the effort is, that would probably be more daunting for us”.

Interestingly, when Teams was born, Microsoft expressed an opposing point of view, saying that "little companies come and go". It's worth noting, though, that prior to that, Microsoft had reportedly tried to acquire its now-rival for $8 billion. The rivalry between the two services is still relatively new, so it may be some time before either one comes out on top.