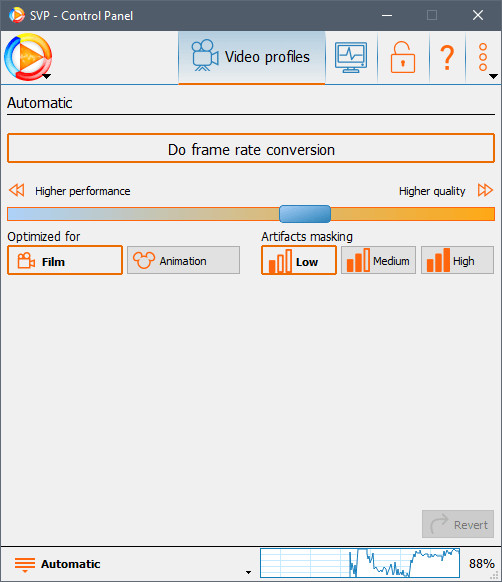 SVP allows you to watch any video on your PC file with frame interpolation (like you can watch it on high-end TVs and projectors). It increases frame rate by generating intermediate animation frames between existing ones to produce very smooth, fluid and clear motion. The technology is well-known for a while ("TrimensionDNM", "Motion Plus", "Motionflow" and others), but now it's available for free to PC users with simple GUI and just a couple of mouse clicks.

SVP provides GPU acceleration and it's possible to watch FullHD 1080p-video recalculated to 60Hz in real-time with mid-range CPU and almost any GPU hardware. SVP actually is not a video player itself, but it enables almost any player to play smooth video.