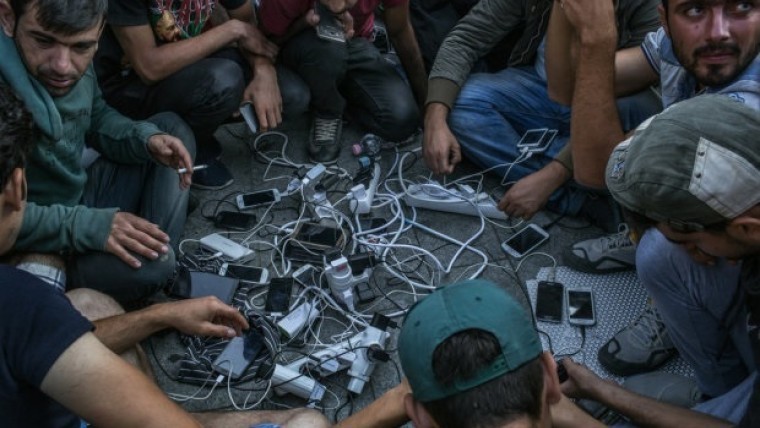 Despite the increased capabilities provided by a smartphone over flip and candy bar phones from past decades, the issue of battery life has been a tough challenge to overcome. While older-style phones would often last days or even over a week on standby, smartphones have typically only been able to last up to a day on a single charge thanks to large screens and cellular data connections.

As such, being away from fixed power sources for extended periods of time has posed an issue for smartphones users, especially those who have not invested in portable charging solutions.

Refugees in Greece have faced similar problems where opportunities to recharge devices are severely limited in overcrowded camps. Questionably, some cafes have begun to charge fees for the privilege of charging up a device from available power points. In desperation, other refugees have resorted to hacking nearby street lighting, risking electrocution and their lives in the process.

In a bid to solve this problem, Alexandros Angelopoulos and Samuel Kellerhals, students of the University of Edinburgh, launched Project Elpis to provide free solar energy. With the help of partners led by Entec, a Greek solar technology company, two solar charging stations have already been built and installed. Each unit provides "12 plugs per hour using only the sun" with up to 240 people provided with free electricity per unit every day.

The pair, both in their early twenties, are hoping to raise enough money via their crowdfunding project on Indiegogo to deploy additional units. With nine days remaining, the project is currently £325 short of being able to build and install another four charging stations.

In this instance, Elpis, the Greek word for 'hope', is an apt name for the project as it will ensure that the lines of communication will remain open amongst those displaced by war and poverty in such challenging times.