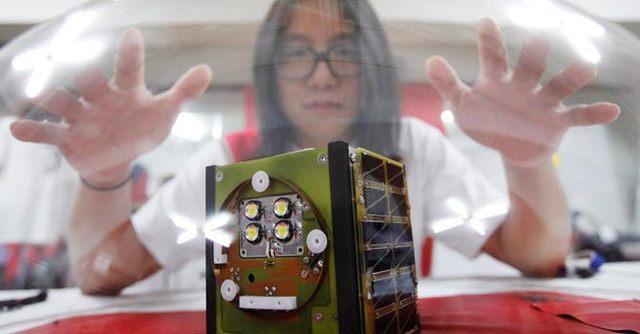 Song poses with OpenSat. It's almost hard to believe this will become a satellite.

The 34-year-old South Korean plans to launch a home-made satellite later this year, having built it for the equivalent of $500. The satellite, which is known as 'OpenSat', is unique. While there is a long history of homemade satellites being launched by groups of academics and universities, none have ever been funded by a single person before.

OpenSat is the first to be truly personal. Song Ho-Jun knows how to incorporate modern technology into his work. As an engineering student at university he created a piece he called 'Apple'. This piece used lightbulbs that would 'ripen', turning from green to red as people took photos with a flash.

His idea for OpenSat came to him when he worked as an intern for a private satellite company. He has contacted space professionals from across the world, including professionals from France and Slovenia, to make sure his project could work.

Song says their help has been given since he is an individual, and not representing a company or military. They are more willing to give him the information he needed. He didn't just rely on their information, though. He spent six years combing academic papers, buying components, and rummaging through the back alleys of the city of Seoul in the hunt for the hardware he needed. OpenSat weighs a single kilogram, measuring 10 cubic centimetres. It'll transmit information about its working battery status, the temperature, and the rotating speed of its solar panel. If you operate a radio, you can even communicate with OpenSat. Just don't expect it to say too much.

The image of the satellite is almost underwhelming. The pricing is hard to argue with, at least for the components, which are worth 500,000 won ($440). The actual launch? $120 million, provided by the French NovaNano company. The company acted as a broker to allow the launch, tracking down a rocket and submitting necessary paperwork. Launching a satellite isn't exactly cheap but apparently building one isn't particularly expensive. 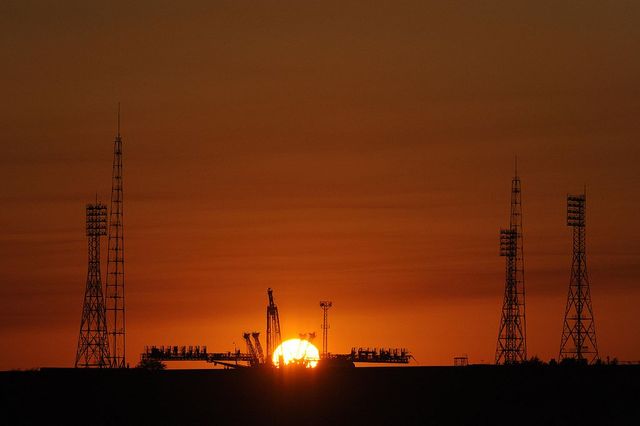 The former home of the Soviet space program will become OpenSat's launchpad in December.

OpenSat will launch in December, from the infamous Baikonur Cosmodrome. Baikonur was the traditional home of the Soviet space program, so the name should be familiar to anyone with interest in this period of the Cold War.

When asked why he constructed OpenSat, Song replied with the following:

"I believe that not just a satellite, but anything can be made with the help of the internet and social platforms. I chose a satellite to show that symbolically."