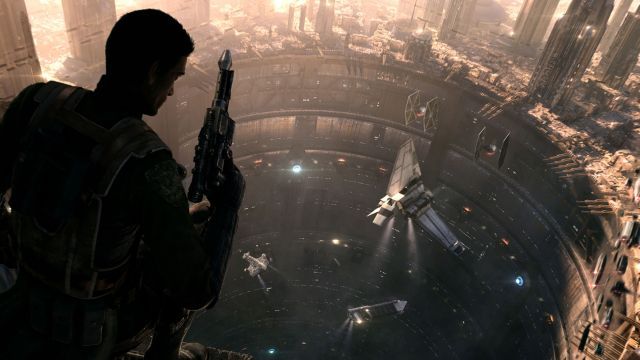 Are you ready for a more mature Star Wars game experience? That's what could be in the cards for the just announced third person action game Star Wars 1313. Developer and publisher LucasArts has launched a teaser website for the game already.

Details are still scarce but LucasArts has confirmed that this game will center on the bounty hunter experience in the Star Wars universe. The game itself is set in "Level 1313, a ruthless criminal underground deep below the surface of the planet of Coruscant." 1313 was also the alias for Boba Fett during the Clone Wars. However, it looks like you will be playing an all new bounty hunter character in the game instead of our favorite helmeted hunter.

One clue as to the nature of this game is the fact that you have to put in your birthday in order to go to the Star Wars: 1313 web site. Usually, that's done just for games that could have a "M" (for Mature) rating.

In any case, there should be a lot more information about Star Wars: 1313 starting on Monday. That's when the first trailer for the game is expected to be released. Hopefully we will get to see more of this title live at LucasArts' booth at E3 2012.