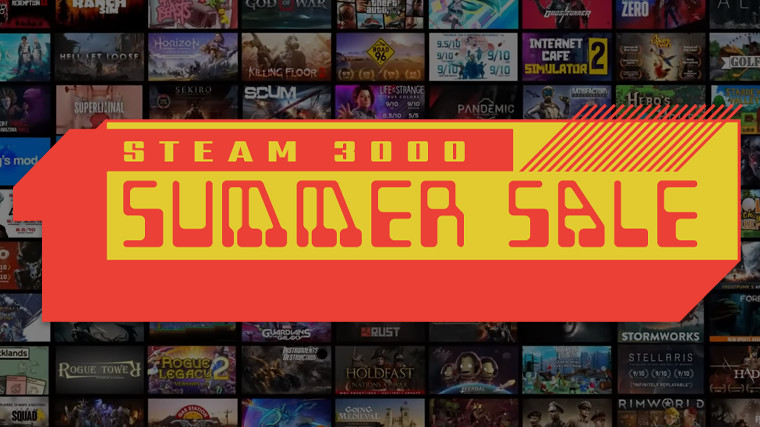 Every year, Valve hosts two major sales that puts almost everything available on its Steam store on sale. One of them, the Steam 2022 Summer Sale, has just kicked off, and everything from the smallest indies to the biggest blockbusters are now sporting discounts on the PC gaming platform.

Every sale on the store will remain available for the next two weeks, meaning there's no need to check for flash sales or hold out for deeper discounts later. Just a few highlights seen on the front page include large price cuts for Sekiro: Shadows Die Twice, Chivalry 2, Jurassic World Evolution 2, Hitman 3, Resident Evil Village, New World, and many more.

Keep in mind there may be issues with loading store pages and even some pricing errors due to the initial surge of users attempting to check out the latest deals.

Accompanying the massive sale, and matching its retro-futuristic theme, is a new "questline" for keeping salegoers occupied. In Clorthax's Quest, Steam users are tasked with finding "the ten best games from the far future" while avoiding a "timeline-destroying paradox". Finding the hidden games from the provided clues will reward users with badges to show off on their profiles.

Speaking of badges, summer themed Trading Cards are up for claiming too, granted for both seeking through Valve's discovery queues every day and making purchases during the sale. And, for those wanting even more profile decorations, new sets of themed items are available for purchase from the Steam Points Shop as well.

The 2022 Steam Summer Sale is slated to keep its doors open until July 7 at 10am PT, giving everyone two whole weeks to decide over the behemoth promotion's wares. Be sure to catch our Weekend PC Game Deals special on Saturday to check out the biggest highlights from the sale.