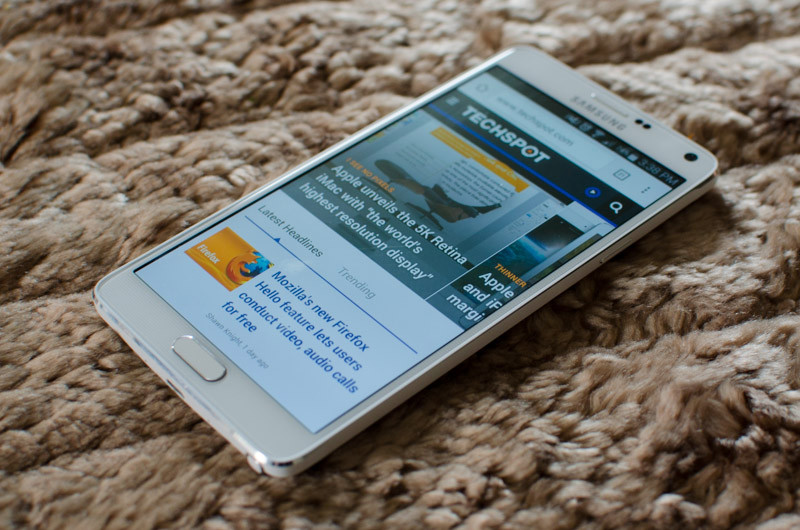 Samsung was on to something when they launched the original Galaxy Note back in 2011. The large-screened smartphone seemed awkward at the time with its 5.3-inch display, but quickly became Samsung’s second most popular line. The success in the phablet market spurred competitors like Sony, Nokia, and even Apple to release their own large handsets.

It’s no surprise that in 2014, Samsung is releasing their fourth-generation Galaxy Note. Like the Galaxy S5 that launched earlier this year, the Galaxy Note 4 is an incremental update on what came before it. It’s a similar size to and, on initial inspection, looks quite like the Galaxy Note 3, though the changes bat a little deeper than what might be apparent to begin with.

TechSpot: Samsung Galaxy Note 4 Review
This article is brought to you in partnership with TechSpot