When Windows 7 made it out the door reactions were mixed about the operating system's revamped taskbar. Now two years later I can personally attest to the improved usability of the new bar and above all else, the magnificent implementation of jump lists.

Depending on the application jump lists can be used to get 1-click functionality without recalling a minimized window, easily access common tasks or to quickly open pinned and recent documents, saving you time not having to go through a number of dialogs. In a nutshell, if you are willing to make the most of them, jump lists are a productivity godsend. 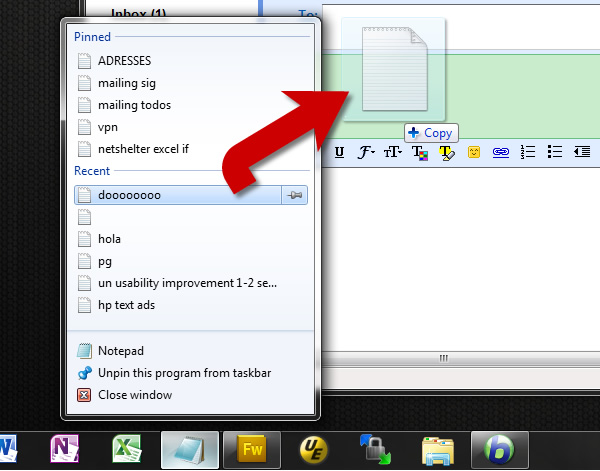 Now, imagine my despair when a few weeks ago all my established jump list items disappeared for no apparent reason. Worse than that, as I tried to add them back Windows decided to act a bit like good old Vista and refused my changes.