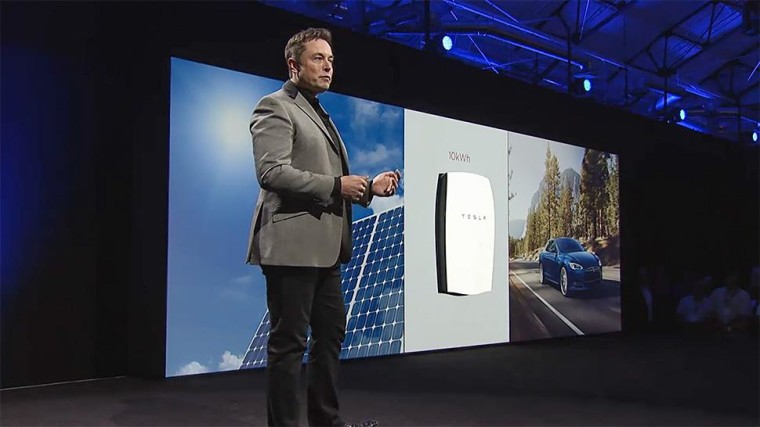 Power grids are archaic. They have limited reach in the world, leaving many people without the luxury of power. Grids also are forced to produce and keep a high amount of energy on tap in the event of a large pull of electricity, like thousands of AC units firing up on a hot summer day - incredibly inefficient. Fortunately, Tesla is ready to change how we power homes.

During a Tesla press event in LA, CEO Elon Musk displayed the company's plans to bring its electric car batteries to homes around the world through the Powerwall system. Paired with the clean energy methods of wind and solar power, Powerwall will help even the most isolated communities generate and store power for everyday use.

The lithium-ion batteries used to store energy will come in two configurations: a 7kWh unit which will sell for $3,000 (£1,954), and a 10kWh unit which will retail for $3,500 (£2,275) to installation companies. The system, if widely adopted, could dramatically reduce the energy production needs of a power plant. According to USwitch, having just 1 kWh battery can power a laptop for two days or allow you to run a full washing machine cycle. Having 7-10x more power stored means you could have several days of energy if necessary.

Besides the obvious clean energy push, the home energy industry isn't a crowded field. Though stiff competition exists with GE and LG Chem, neither company haspushed anything like what Tesla is offering. Deutsche Bank estimates that this new venture for Tesla could be worth up to $4.5B in revenues, making it a new market for Tesla that's worth fighting for. With new satellites pushing Internet to the world, battery powered cars and the potential for cleaner home energy, Tesla is proving that bettering the world can still be profitable.